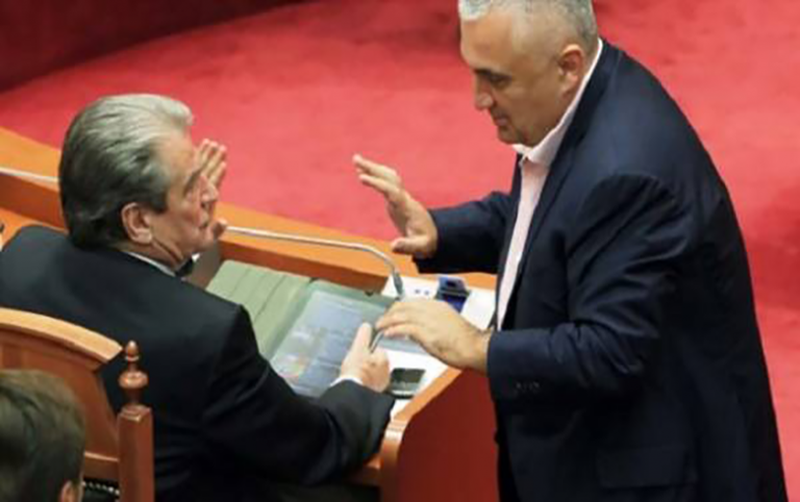 The relationship between Sali Berisha and Ilir Meta is a story that is characterized by hatred up to attempts to physically eliminate the other, slanderous accusations, arrests and blackmail, but also by flirtations, alliances, bargains, co-governance, quarrels about special weaknesses towards each other , joint protests and recently the union for the protest of July 7, the USA, the reform in justice and of course against Edi Rama. Berisha launched a fierce political battle against Ilir Meta in the early 2000s, when Fatos Nano made him prime minister. Berisha's accusations against Meta ranged from corruption, money laundering, murders, gold theft, drug trafficking, etc.

On the other hand, Meta accused Berisha of the pyramids, the criminalization of SHIK, the position against the bombing of Serbia by NATO, of corruption, palaces in the name of his father-in-law, etc. As well as the fact that he has resigned for Shkëlzen Berisha.

But all these attacks were forgotten. Declared non grata by the United States of America and expelled from the Democratic Party, which he led for 22 years, Sali Berisha announced the electoral alliance with Ilir Meta.

Meta and Berisha can forget, but the citizens cannot. A video accusing Berisha of Meta for the theft of gold in Krrabë is breaking the web.