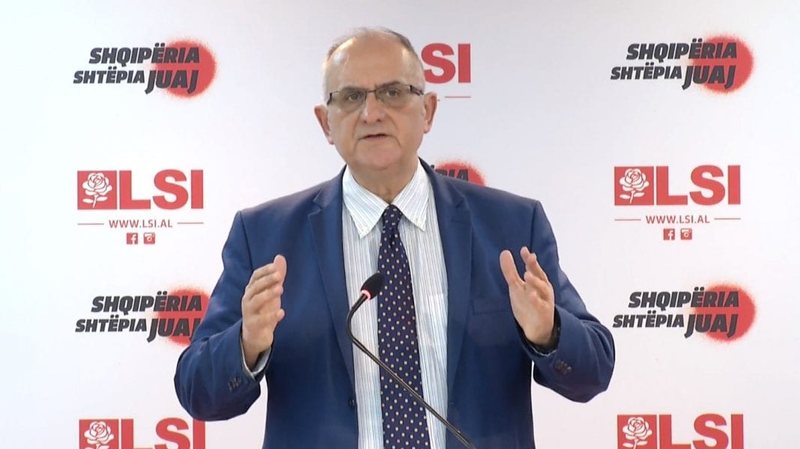 SMI Vice President, Petrit Vasili has spoken harshly today on the topic of dismissal of President Meta, with 104 votes in favor by the Assembly of the Republic.

Vasili said that some dirty faces voted in the Assembly after Rama threw a bone to lick him, thus accusing the deputies of taking money to vote in favor of dismissal.

As for the reason for the dismissal, Vasili said that the Assembly was based only on the rhetoric of the President and not on his constitutional actions.

"This parliament of thugs who has voted various laws that cost Albanians hundreds of millions of euros, has no problem making a crazy vote like the one it did for the President. They were a group of people who could not articulate an argument for Meta's dismissal. He was judged for rhetoric, for opinions and not for actions. His actions are what measure the President, not the statements. The champion of dirty statements remains Edi Rama. He has introduced the standard of harsh and banal speech in state institutions. Parliamentarism yesterday took on a stigma of ugliness. "Rama threw a bone at those dirty faces to lick it," said Vasili.

"He is playing very well", diplomat Agim Nesho comments on the latest political developments and the tactical move of the Prime Minister: US defines red lines

"It is an ordinary fraud" / Haradinaj makes a strong statement after the meeting Kurti-Vucic: The Kosovo-Serbia dialogue is returning to ...

"They made us the gas of the world" / Ibsen Elezi takes the backstage from the blue headquarters and explodes towards Lulzim Basha: How can he not be ashamed that ...

Arben Imami explodes badly towards Lulzim Basha, counts them all: This should not happen in PD

Spartak Ngjela's sudden statement: There is no more Democratic Party!

"You can also work with me because I am dying for ...", Prime Minister Edi Rama exchanges epic jokes with the young man who will contribute to Albania: I have some experiences in America as well!