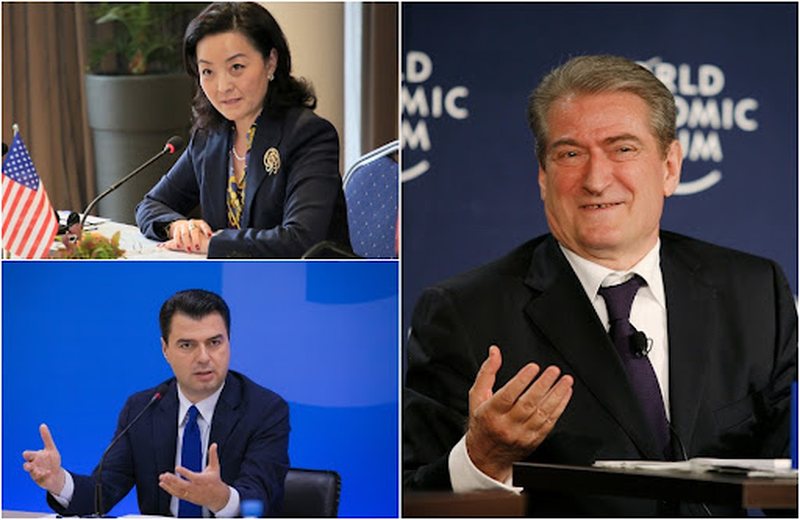 Journalist Beqir Sina spoke about the Lecture which will be held tomorrow by former Prime Minister Sali Berisha, online with his supporters in the US.

He said that Berisha is one of the most appreciated politicians from the diaspora in the US and tomorrow's meeting, like any other meeting, was received with great interest by them.

"Former President Berisha has a great popularity in Albania and Kosovo, despite his light and shadows in 30 years, he remains the most popular politician for the diaspora. Berisha has always been popular in the US, his arrival here has always been received with great interest, he has been reserved very friendly reception.

The pulpit has been announced through social networks, tomorrow at 12 in New Jersey, in one of the hotels here, there will be a meeting through a videocren, directly with Berisha from the USA. I wanted to say something, why was this place chosen? To use a conference similar to the lectures that Berisha has held in Tirana, the second reason is to show the support of Albanians. "Berisha is the most appreciated politician", said Sina from the USA.

He also spoke about the non grata declaration of the former prime minister, who said that this decision was made a long time ago.

The journalist added that Yuri Kim promised Lulzim Basha that he would become prime minister, and due to the loss of the elections, a co-government was attempted, the biggest opponent of which was Berisha himself.

"Berisha's blow has taken another form, the form of an attack, which has been comprehensive, from inside and outside, I am talking about Albania's domestic policy.

The opponents have used the decision of DASH to make an attack on Berisha, unfortunately in this attack was included the leader of the Democratic Party Lulzim Basha, who fell prey to pressure.

He received a promise from DASH, Mr. Basha received the biggest promise for a support, where KIM a week before the elections said that Albanians should vote for change.

This was a promise that Basha would be prime minister, but what really happened? After this statement, things changed very quickly, without the election result coming out, it was Kim who recognized the election, and congratulated Rama for the third victory. That was the promise made.

With Rama's victory, a co-government was rumored, but for that, the biggest opponent of this, Berisha, had to leave. After April 25, Sali Berisha's isolation from politics was demanded. "This was plan B, as the co-government failed," Sina said.

"Is this stupid or does he know something we do not know", Evi Kokalari harshly attacks Lulzim Basha and cracks the strong statement: Albania is led by ....