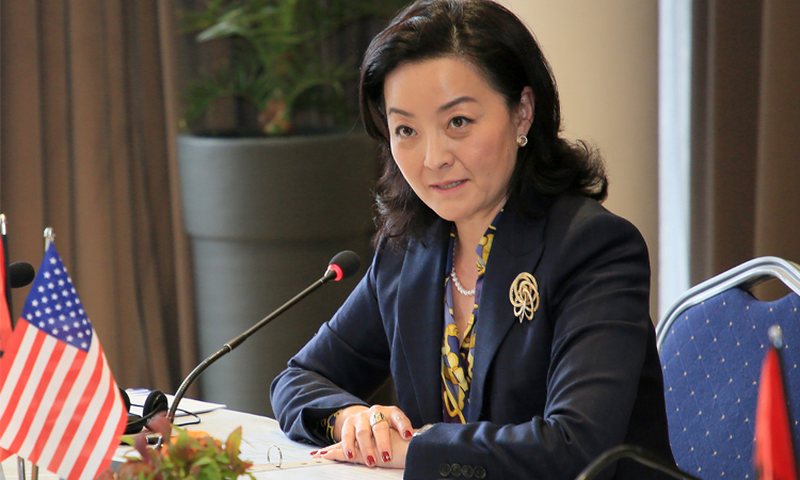 The ambassador of the United States of America in our country, Yuri Kim, seems to have sent a coded message to the government and especially to Prime Minister Edi Rama. The latter at some moments came out of the costume of the head of the government, as he released criticism, pins and irony in the address of Ambassador Kim, whom he even compared to the Secretaries of the Labor Party at the time when Albania was ruled by the dictator Enver Hoxha. But despite this harsh language of Rama, who in the meantime has also accused the US State Department of several reports issued by this institution that "blacken" Albania, calling them old copies, Ambassador Kim has shown caution. and has not fallen to the level of the Albanian prime minister. However, when it comes to "getting the government's attention", since the USA is one of the largest and strategic partners of Albania, which provides millions of dollars of aid and a lot of support in all fields, Mrs. Kim has not hesitated to do so. As it happened yesterday. Through a status on social networks, Ambassador Kim has appealed to Albanian citizens, but also to the Government, to follow the path of the future. "It is time for the Albanian people and the Albanian government to choose again which path they will choose. We think the way is forward to the future, to the west. I think sometimes, when you look at issues like the weakness of democratic institutions, yes, nothing is guaranteed. So, I think that the leaders have to make a decision, which is the reason why we emphasize so strongly the reform in justice, the rule of law, your relationship with NATO.

Earlier during the interview given two days ago on the show "Opinion", Ambassador Yuri Kim commented on the results of SPAK in the fight against corruption and crime in our country, while bringing to attention the case of the former Minister of the Interior, Saimir Tahiri. who has been sentenced to prison. Mrs. Kim emphasized that before the justice reform, no one thought that corrupt ministers or officials would be able to face justice. According to her, SPAK has put an end to impunity for persons who are protected because of power. Meanwhile, when asked about the investigations into the incinerators issue, Kim answered briefly by saying: "Let SPAK do its job." On the other hand, Ambassador Kim has called the dismissal of Gladis Nanos from the position of General Director of the State Police an unexpected decision. In the show "Opinion",

The ambassador talks about the election processes in Albania

The US ambassador, Yuri Kim, spoke on the "Opinion" show about the election processes in our country, but also about political communication between political parties. According to her, the political parties in Albania should find the language of political agreements themselves, without the need for the intervention of internationals, such as the US ambassador. "It is the people who lose, and Albanian political leaders should not need someone from outside, including the American ambassador, you should not need someone from outside to sit you at the same table, so that speak for the good of the Albanian people. When the parties talk, it does not mean that one party has been bought by the other. It does not mean that one party is a pledgee and the other is a pledgee. It doesn't mean there's some crazy conspiracy. It means that these are political leaders, who are mature, and who come together with the goal of serving the Albanian public who elected them to that office. This is what it means," underlined Ambassador Kim.

What is happening? Voting for the primaries in this municipality is 'blocked', the details are revealed quickly