Yuri Kim shakes new members of the Constitutional Court: Enforce the law, do not be influenced by those who appointed you, US on the side of reform 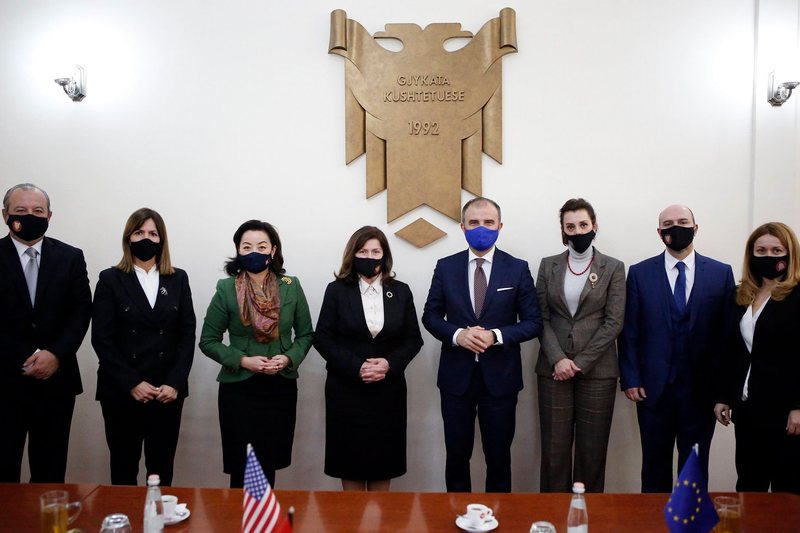 Ambassador for Albania Yuri Kim has asked the members of the Constitutional Court to remain loyal only to the law. The last two years have been a fierce political battle for the Constitutional Court where many have tried to bring in their loyalists. But Ambassador Kim has made it clear to all members not to look back, but to do justice only under the law. Yesterday, Ambassador Kim and EU Ambassador Luigi Soreca met with members of the Constitutional Court, where they also gave orders. "Judges should act with independence and integrity in the administration of justice, regardless of the institution that appointed them to court. The court plays an important role in ensuring the control and balance of Albania's institutions and in ensuring the rule of law. US support will continue, including through the provision of technical assistance ", said Kim. According to her, the United States will continue to strongly support the implementation of justice reform and urge the relevant authorities to ensure that the Constitutional Court has a full panel of nine judges in the near future, so that the people of Albania have a fair trial. indeed, in line with Albania's status as a NATO ally and EU aspirant.