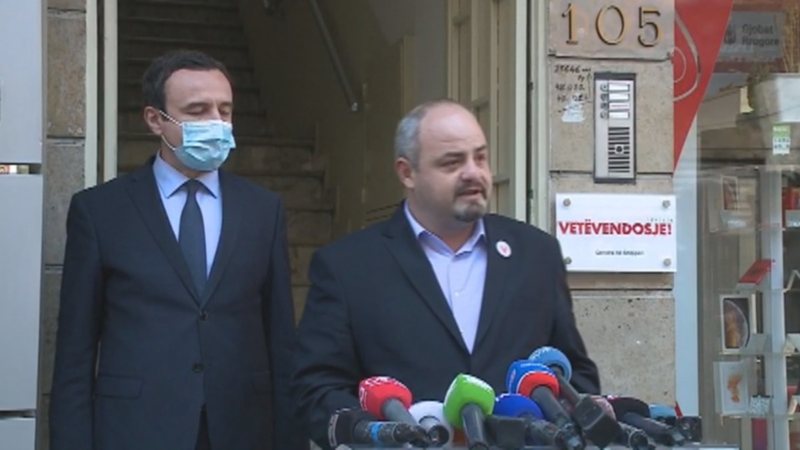 Vetvendosja Movement Chairman Albin Kurti Vetvendosja is in Tirana to present the 3 candidates of his party branch in Albania who will run in the next elections on April 25.

In the capacity of the leader of the future government of Kosovo, Mr. Kurti said that he will be the prime minister who will establish the best relations between Tirana and Pristina, since the war.

He stressed that it is necessary for the cooperation between the two countries "to pass from the written agreements to their concrete implementation, in order to change the lives of Albanian citizens on both sides of the border./VOA