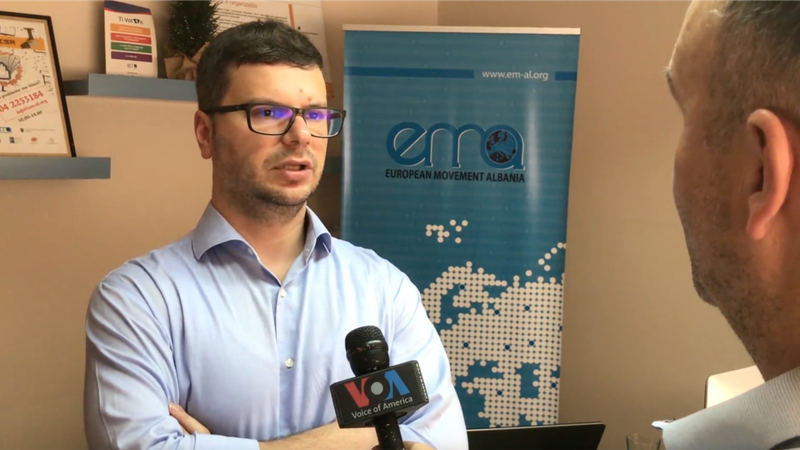 The Report of the European Commission on Albania's progress on the path of integration was received with various reactions in Tirana. The opposition commented with a measured optimism, the government welcomed it as an assessment of tangible results, while independent experts claimed that citizens are disappointed by the length of the process, which has been going on for 20 years.

A day after the publication of the progress report for Albania, independent experts monitoring the process of Albania's integration into the EU stated that in order to avoid disappointment of citizens from delays, the EU has launched a new approach, investing and financing development projects in the region. , which are directly related to the household economy and not to expensive reform projects in institutions

The leader of the European Movement in Albania EMA, Gledis Gjipali, says that from the Albanian side the reforms should be developed more quickly, not because Brussels demands them, but because they ask the citizens, as a need to increase the quality of their life.

Albanians, says Mr. Gjipali, are the most pro-European citizens in the entire Balkans and deserve to be supported for sacrifices during these years and to see concrete benefits from this process, while many of them are leaving the country.

"Citizens have high expectations from the process. We have over 20 years in this process and it is taking its toll on us. None of us, not only the citizens, but also the experts who deal with studies in this field, had imagined that it would last so long, and that it would continue further, and even its successful conclusion is in question. It is even more important for the citizens to see what they directly benefit "- says Mr. Gjipali.

The opposition chairwoman of the National Council for European Integration, Jorida Tabaku, said today at the first meeting of this forum, that "the European Commission was very supportive of enlargement policies and very understanding for Albania, even though there were no concrete results".

She added that "the EU is close to Albania in crises such as earthquakes and pandemics, and on the path of integration, acting as within a family, where negative assessments are not emphasized, but are present there."

In the offices of the European Movement of Albania, experts note that the report assesses more positively than other areas the fight against organized crime, the fight against corruption is assessed less, because there are still no senior convicted officials and the culture of impunity continues.

The annual report of the European Commission contains a positive overall assessment for Albania, especially for the areas related to the opening of the first intergovernmental conference, which according to the Enlargement Commissioner can be held at the end of this year./VOA