The election of the President / Spiropali reveals the behind the scenes, shows who proposed Begaj: There were debates in the SP, there were six names, but ... 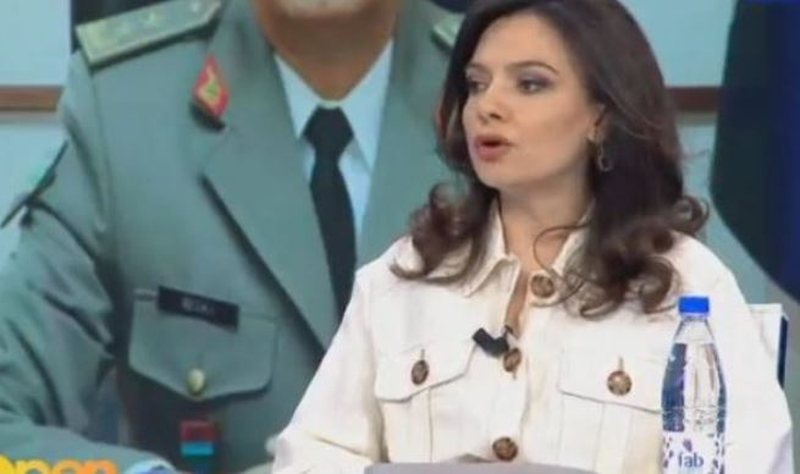 Minister Elisa Spiropali has shown tonight in a TV show behind the scenes of Friday, where after the marathon meetings, it was decided to be nominated as President of the Republic Bajram Begaj. She indicated that she had a long list of names, while Begaj's name was the one that met the criteria set by them.

"(The accusations of the opposition that the President was elected in advance and that the process was a farce) It turns out to me that those who accuse others of fabricated accusations would either do what they say or have nothing to do with politics. We had all the will to respect the spirit of the Constitution for a president over the parties. We said that he will not be a political figure of the Socialist Party, and we do not intend to turn the institution of the President into an office of the parliamentary majority. That was our offer.

We sat down with this predisposition. We made it clear that we do not set conditions. The votes we had and even more so does not make this a smaller minority that is constantly shrinking. This weakness I am sorry to say and the arrogance of the opposition trying to turn the table on the other side became clear to everyone. I want to be fair, the other parliamentary groups were more cooperative than the DP. They did not go beyond the quarrels of the day. We have elected Major General Bajram Begaj. A senior military man we are sure will give the missing Presidency dignity. We rely on his long career and a person who has proven that he has given to these people and has not taken them. It was a constitutional task that we exercised to the end. Nor is the President-elect owed to us because we did our duty.

Spiropali further indicated that Begaj's name came out of the deputies of the parliamentary group during the proposals anonymously. She said that in the end there were 6 names left, three women and three men, honored figures, but in the end it was decided to go with Begaj.

"Who are those who accuse us of sealed envelopes?" Those who came out of this process quickly. How are Alibeaj's alibis taken seriously? This was a long process. Even in the party leadership after the proposed lists were well filtered. We had 14 political names and 26 names coming out of this process that people did not have names with the SP, but said something to society.

We did not consume the first list and referred to the second list. We made a shorter list. We then settled on Begaj's name. It should be understood that the consultation process with the parliamentary group was the beginning of the process. We decided we needed to get a set of names to switch to another filter. Begaj's name was proposed by the SP parliamentary group, it had appeared several times as a name. There are proposals. There were many names, in the end remained a six. The individuals were honored and in the end it was judged that the vision criteria we had were better met by Begaj's name ", said Spiropali.