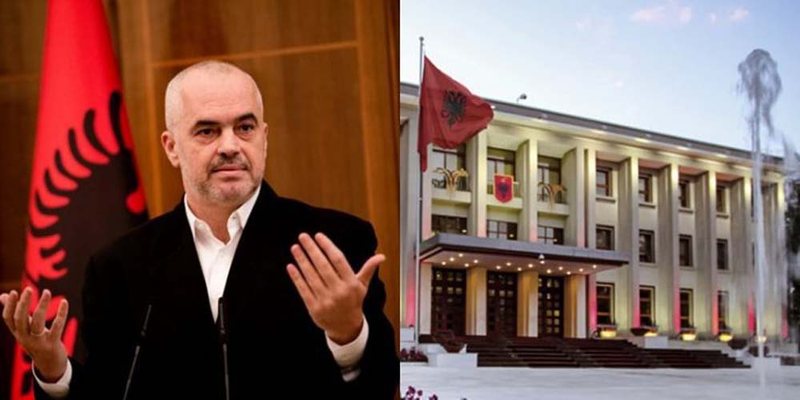 The parliamentary group of the Democratic Party has given a statement to the media today where it has reacted to the election of the new President.

Enkelejd Alibeaj's group emphasizes that the majority and Edi Rama have never wanted a consensual President, and that his name is predetermined.

According to the Democratic deputies, the withdrawal of the majority from the agreement for the election of the President of the Republic is the clearest fact that the majority seeks to seize every institution.

Statement of the PD Parliamentary Group:

In the spirit of the Constitution, the Parliamentary Group of the Democratic Party was seriously engaged in building a comprehensive and consensual process for the selection of the President of the Republic. When we made the decision to build a comprehensive process we were aware that the regime of Edi Rama had predetermined the name of the President and that his public stance that he wants a consensual President with the opposition was a facade and a hoax.

The obligation to the citizens required the opposition to fulfill its responsibility with seriousness and commitment in order for the next President to be the President of all Albanians, despite the fact that this was not the will of Edi Rama, the man who after stealing the elections, grabs the votes of the nongrat its in the Assembly any independent institution.

The withdrawal of the Socialist Party from the agreement for the construction of a joint parliamentary process for the election of the President, proved what the PD Parliamentary Group warned from the beginning, that Edi Rama does not want a President of all Albanians and his public conspiracies for consensus with the opposition are a hoax.

The PD Parliamentary Group remains committed to its will for a comprehensive and consensual process for the election of the President of the Republic. Albanians deserve a universally accepted President, who serves the public interest and not the interest of Edi Rama's government.

"Panic and fear"/ Minister Ibrahimaj's statement about the incinerator affair, reacts 'flame for flame' Monika Kryemadhi: The Government of Rama...

"We have information that citizens are being blocked from coming to the protest", Flamur Noka issues a strong warning: Those who...

The scandal of the incinerators, the minister of Rama reacts and makes the unexpected statement: Political game of LSI on the eve of...

Rama expelled the journalist, there is a strong reaction from 6 international organizations: Refrain! Remove immediately...

Lorenc Vangjeli mentions the two names of well-known DP politicians that Berisha has banned from going to the protest: They are taking a lot of risks. Here's why they shouldn't go...

"Rama scared by the new facts"/ PD comes out with the extraordinary statement: Every time he has to cover a scandal, he invents a "big" event!

"Thank you for removing the toads, but why...", the democratic deputy makes the epic reaction

"Rama has a personal hatred towards...", Balliu reveals the hostage of the prime minister and breaks the strong statement: It could never be done...