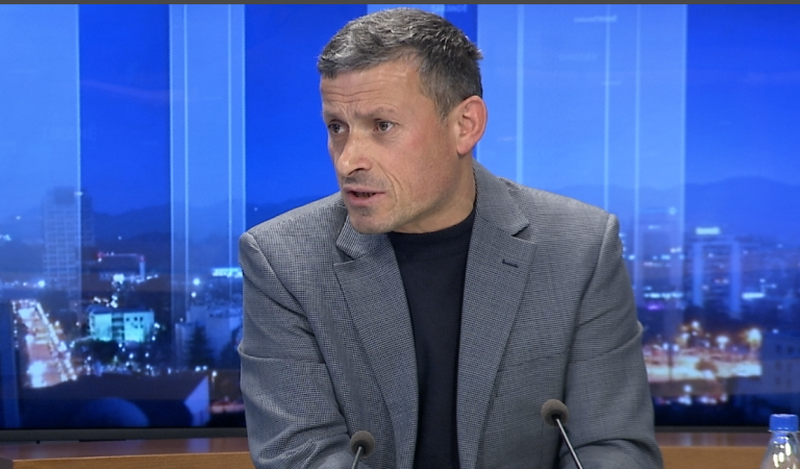 Analyst and pedagogue Fitim Zekthi spoke today on a TV show about the process of electing a new President.

Zekthi said that Enkelejd Alibeaj is trying to stay with dignity, to present a point of view of the opposition he represents.

Regarding the situation in the Democratic Party and the elections for the new leader, the expected decision of the Court, he stressed that Berisha may have the majority, but that the fact that you have the majority does not mean that you are right.

“Z. Alibeaj is trying to stay with dignity, to present a point of view of the opposition he represents. There have never been fair processes here.

Alibeaj is showing seriousness, he is saying we have these criteria. He is also trying to show in this terrible pressure that it is not Rama's game. Better a poor horse than no horse at all. He is showing through transparency in this process that he is not cheating.

Mr. Rama says that I am ready to vote for someone who has the right integrity, it does not matter if he comes from the left or from the right. In this way the opposition is doing its part. Alibeaj is trying to say that we are not breaking any consensus. Rama is doing a trick. In the end it completely means that the opposition did not do the right thing and did not bring the right candidate. Rama unilaterally elected a president 5 years ago. Today he says he was a representative of the opposition. Rightly Mr. Meta has been a fierce oppositionist, in some cases rightly so.

An effort must be made to convince Albanians, not ourselves. "If he takes it seriously, we are doing our part", said Zekthi.

He further stated that Alibeaj is trying to dismantle a trick, but is facing unimaginable attacks from the rest of the opposition.

"The politics of anger this misfortune is that they think that the other side has nothing good, it is a joke, ruthless. Alibeaj is in this unfortunate situation, Rama's trick, the attack here, falls to escape behind the mountain to disappear. So he is making efforts for transparency. "I sympathize with this kind of effort," said the analyst.

Regarding the situation in the DP, he said that the expected decision of the court should be treated with respect.

"PD became narcissist. A conflict is resolved in 3 ways, either by negotiation, or by physical warfare, by violence, or by the courts. If we do not have the moral, mental power to sit down in negotiations, then we will make war.

Since Berisha could not solve it through negotiations, he has produced his own institutions from the beginning. Other institutions could be hit from within or through the court. These are institutions that come out of nowhere.