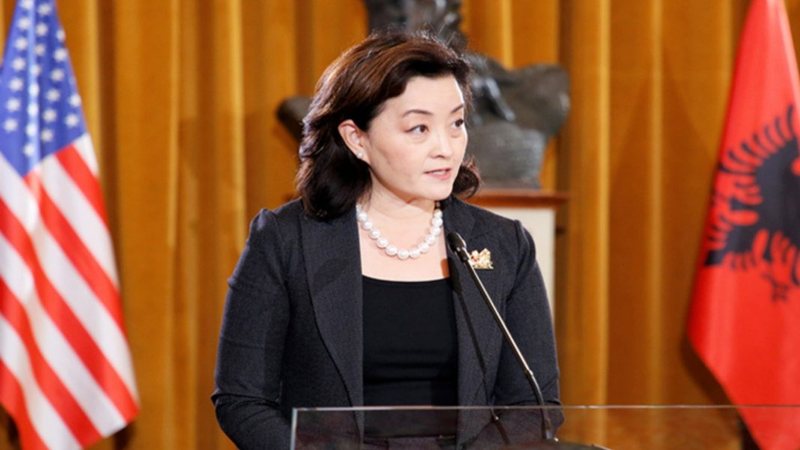 US Ambassador Yuri Kim praised the transparency in the lottery cast yesterday for the selection of new members of the KED, describing this as a continuation of the implementation of justice reform. According to Kim, this will lead to the completion of the Constitutional Court in early 2022, which about 1 year ago reached a quorum for its functionality.

Yuri Kim on Twitter:
Implementation of Justice Reform Continues. I am glad that the Office of the Presidency of the Flag of Albania (in cooperation with the High Judicial Council, the High Prosecution Council, the People's Advocate and others) held yesterday the transparent lottery for the selection of new members of the Judicial Appointments Council.
The Constitutional Court reached the quorum 1 year ago that enabled the functionality. Yesterday's action paves the way for the conclusion of the Constitutional Court in early 2022. We encourage all relevant institutions to move forward - despite obstacles - to implement justice reform.