The 9 members of the KED are chosen by lot, Sandër Simoni will be the chairman, here are the judges and prosecutors representing the 6 institutions of justice 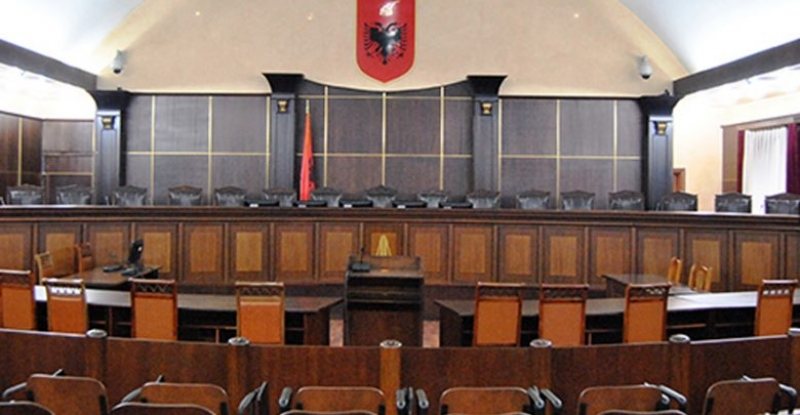 Fiona Papajorgji, Altin Binaj, Sandër Simoni, Arqilea Koça, Fuat Vjerdha and Engert Pëllumbi, Arta Marku, Gjon Fusha and Enerjeta Shehaj (Deraj) are the 9 names that have been elected so far as the new members of the Judicial Appointments Council for 2023 According to the law, the new president will be Sandër Simoni as a representative of the Supreme Court. A few weeks ago, the Constitutional Court, the High Judicial Council and the High Prosecution Council sent to the Institution of the President of the Republic the lists with the names of judges and prosecutors, who, according to these bodies, meet the conditions provided for in the law, to be included in the lottery. In KED, 2 members are elected from the Constitutional Court (Fiona Papajorgji and Altin Binaj), 1 representative of the Supreme Court (Sandër Simoni), 1 representative of the General Prosecutor's Office (Arqilea Koça), 2 representatives from the Courts of Appeal (Fuat Vjerdha and Engert Pëllumbi), 2 representatives from the Prosecutions of Appeal (Arta Marku and Gjon Fusha) and 1 representative from the Administrative Courts (Enerjeta Shehaj (Deraj)). The lot was cast in the premises of the Institution of the President of the Republic. During this procedure, the People's Advocate participated, in the capacity of an observer, the Chairman of the High Prosecution Council, the deputy chairman of the High Judicial Council, representatives from the Assembly of Albania, the Constitutional Court as well as from the Delegation of the European Union to Albania and OPDAT. The Judicial Appointments Council is a collegial body, consisting of 9 members with a 1-year mandate and is responsible for evaluating the professional and moral criteria of candidates for members of the Constitutional Court and for High Inspector of Justice. Elected members of the Judicial Appointments Council serve on a part-time basis, without breaking away from their usual functions, for a one-year term, beginning on January 1 of each calendar year. The Supreme Court provides the necessary organizational, administrative and financial support for the realization of the functions of the Judicial Appointments Council, provided for in the Constitution and the law. The Judicial Appointments Council meets as often as necessary, to verify the legal conditions and to evaluate the professional and moral criteria of candidates for High Inspector of Justice, as well as candidates for members of the Constitutional Court. This Council examines and ranks candidates according to professional merit. The ranking of the candidates is not mandatory. Denomination bodies, The President, the Assembly and the Supreme Court appoint and elect the judge of the Constitutional Court from among the three candidates ranked in the first three places by the Council. The Assembly elects the High Inspector of Justice from among the five candidates ranked in the first five places by the Council. In the event that these nominating bodies fail to nominate and elect the candidate, the candidate ranked first by the Judicial Appointments Council is appointed to the position.