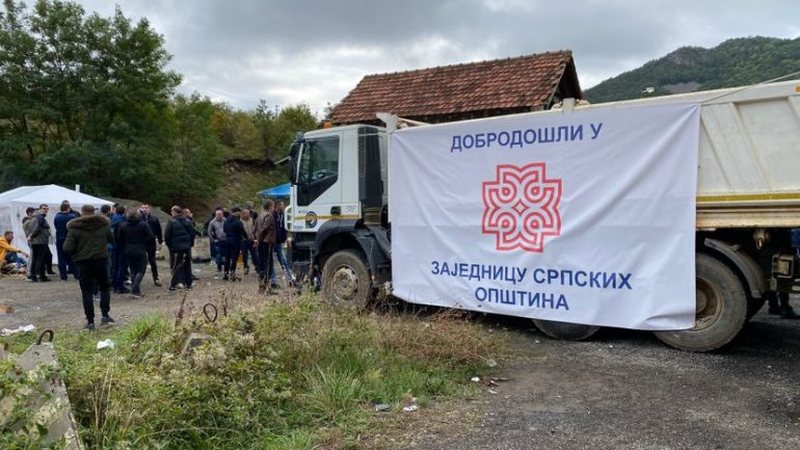 The Ministry for Europe and Foreign Affairs has reacted regarding the situation in Kosovo. This institution, on behalf of the Albanian state, calls on Serbia to withdraw the armed forces sent near the border with Kosovo and to work for the immediate de-escalation of the situation.

The Ministry of Europe and Foreign Affairs of the Republic of Albania is very concerned about the escalation of the situation in the north of the Republic of Kosovo and strongly condemns the vandal acts committed today, where some individuals set fire to the vehicle registration offices in Zubin Potok and damaged a similar office in Zvecan. Nothing justifies the use of violence, damage to public property and lack of respect for the law. The Ministry for Europe and Foreign Affairs calls for these vandals to be brought to justice.

Albania is particularly concerned about the deployment of Serbian armed forces near the border with Kosovo and military aircraft flying near and over Kosovo airspace, which incite individuals to provoke unrest and violence, as well as destabilize Kosovo. These acts run counter to international agreements, which aim to ensure order and stability in that part of the region.

We call on Serbia to withdraw its armed forces sent to the border with Kosovo and work for an immediate de-escalation of the situation. We urge all actors to show restraint and move immediately towards dialogue, as the only way to move forward and resolve outstanding issues in the spirit of cooperation, to which Albania is irreversibly committed, in its bilateral and multilateral efforts.

As a NATO ally and a responsible member of the United Nations, Albania will do whatever is necessary to support all efforts to de-escalate the situation immediately and return to dialogue.