Tragic accident in Bulgaria, Deputy. The Bulgarian chief prosecutor raises strong suspicions and shows the great enigma: It remains a mystery, investigations will continue. Only 44 bodies of victims were found, 1 is missing! 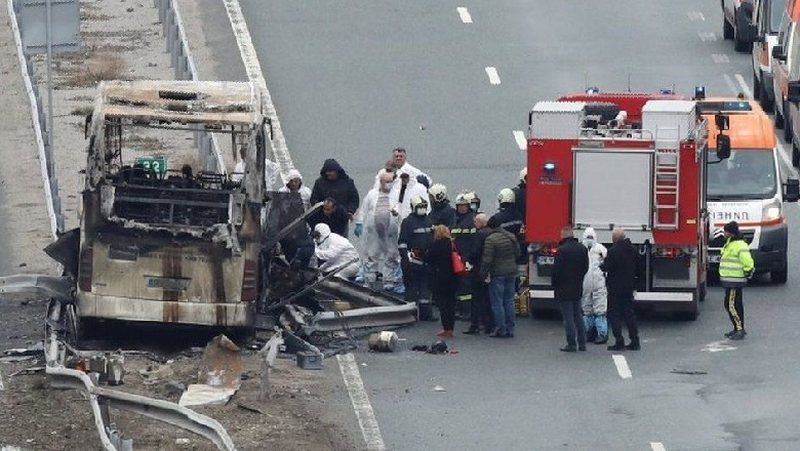 Their last trip was made by 45 people out of 52 who were on the bus that was engulfed in flames in the tragic accident that occurred in Bulgaria 2 days ago.

The spokeswoman of the Bulgarian Chief Prosecutor, Siika Mileva, has spoken about a mystery, that 44 bodies managed to be identified and that 1 has disappeared.

"This is simple math that we have data that there were 52 passengers on the bus. We found 44 bodies, 7 people, 4 men and 3 women were hospitalized. The big enigma remains, where is the eighth person? We work according to that version, we do not want to confuse the public. "It could also be an inappropriate statement by an eyewitness," Mileva said.

She also testified that one of the survivors categorically stated that 8 people managed to escape.

Chief investigator Sarafov interprets this phenomenon as a possibility that one of the passengers of the bus passed to one of the other three buses that were with the burned one.

"It is an enigma for us at the moment, but it will be under investigation," Sarafov said.

Tensions in the north/ The Serbian analyst reveals Russia's plans with Kosovo: Putin is looking for a bloody conflict in the Balkans

The conflict expands/ Turkish minister heats up the blood: With God's permission we will take the Greek island, Athens responds 'tooth for tooth'

"I will kill with a screwdriver"/ 26-year-old woman experiences moments of horror, her husband abuses her in front of the child, this is how she managed to escape from his hands (DETAILS)

Montenegro in political deadlock, Dritan Abazovic's positions are "shaking", here's what awaits the prime minister and who is in control of his fate