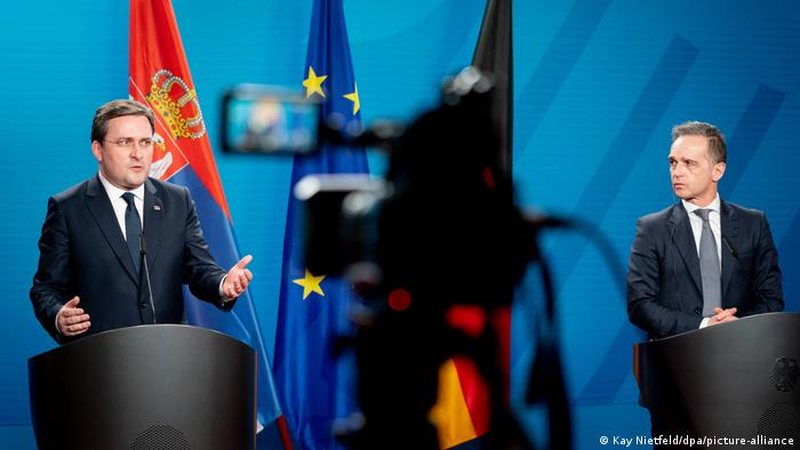 During the first three months of the year, the German Ministry of Foreign Affairs is holding a series of virtual and physical meetings with colleagues from the Western Balkans.

US for solutions in coordination with the EU

Along with the European perspective of the Western Balkans, one of the main topics in the meetings is the normalization of relations between Serbia and Kosovo.

German Foreign Minister Heiko Maas said after meeting with Serbian counterpart Nikola Selakovic that Joe Biden's administration is interested in a solution coordinated with the EU and that he himself is awaiting the crime. of the new government in Pristina.

Regarding the recent statements of Albin Kurti, who will probably be the new Prime Minister of Kosovo, for the unification with Albania, Maas said that "Discussions on changing or relocating the borders do not move us forward."

In parallel with the talks between Foreign Minister Heiko Maas and State Minister Michael Roth, the EU Special Representative for the Normalization Dialogue between Kosovo and Serbia, Miroslav Laj?ák, visited Pristina earlier this week. Just a few days ago, the US State Department had underlined US support for this EU-led dialogue aimed at normalization and a comprehensive agreement on mutual recognition.

The election of Joe Biden as President of the United States thus offers the opportunity to act once again at the transatlantic level and resolutely for reconciliation, democracy and economic development in the Western Balkans, according to a statement from the German Foreign Ministry.

One of the topics that remains open to be clarified until the summer is how the Berlin Process will proceed. His last conference will take place in the summer of this year in Berlin, for the last time under the leadership of Chancellor Merkel. It is unclear in what format this initiative will continue.