Albin Kurti: In December, Kosovo will submit the application for EU membership 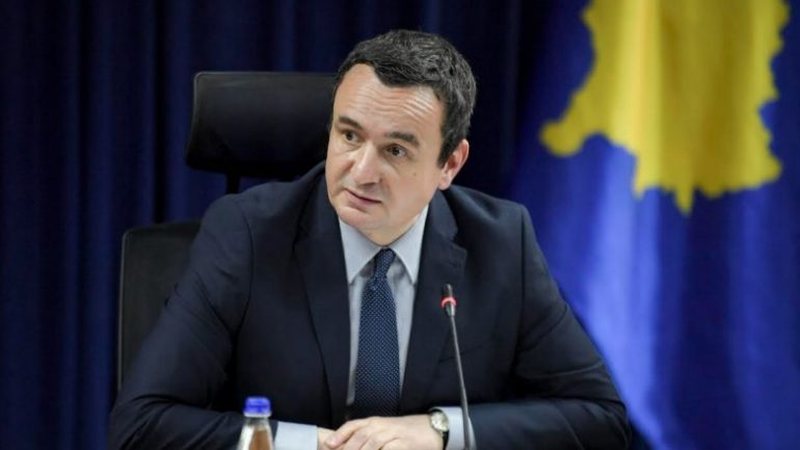 The Prime Minister of Kosovo, Albin Kurti, said in an interview that Pristina is counting on the support of its friends to vote for its admission to the Council of Europe as soon as possible. "In addition, in December we will officially submit an application for membership in the European Union. Of course we know that membership will not come in the near future. However, it is important that we formally, officially and publicly show our desire to be admitted to the EU", said Kurti. This news will be a bitter surprise for Serbia. Like Vucic and Ana Bernabic, the prime minister of Serbia is sure that in the future there will be more countries that will withdraw the recognition of Kosovo's independence. According to her claims, the increase in the number of states is the best indicator that Serbia has followed a stable and well-planned strategy in its foreign policy. For Bërnabiç, in addition to derecognition, Serbia, thanks to lobbying strategies, has managed to weaken Kosovo's position in relation to its membership in international organizations. Although for years the highest Serbian state officials claim that they have secured a significant number of de-recognitions, in fact the situation on the ground is quite different. Recently, it was the president of Serbia, Aleksandër Vu?i?, who said that the next derecognition of Kosovo's independence is on the table. The confession of the Serbian state leaders, that a considerable number of states that are ready to recognize Kosovo's citizenship have been secured, was updated again, when Kosovo officially submitted its membership to the Council of Europe. But, since then until now, no country that recognized Kosovo's independence earlier, has withdrawn it.

Vu?i? is more determined than ever: Serbia does not join NATO, the feeling of the bombings is still fresh

Alliance for Albanians in the government? Negotiations begin in Skopje, the last details are revealed quickly

Haradinaj accuses Kurti and makes a strong statement: Together with Serbia, they are using the Association to prevent the big agreement

What is "boiling"? Two Turkish fighter jets fly over Athens, the details are quickly revealed

Shocking statement of the President of Croatia: Kosovo belonged to Serbia, it was annexed by the international community

A stormy political week for Serbia and Kosovo, from the "heated" meeting for Pristina inside the US embassy for the Association and the Franco-German plan that will ignite the Serbian parliament

The new details come to light/ The plane crashes in Greece, there are dead