Albin Kurti reveals Vucic's strong ties to Putin in US: I demanded that Serbian military bases leave the border with Kosovo 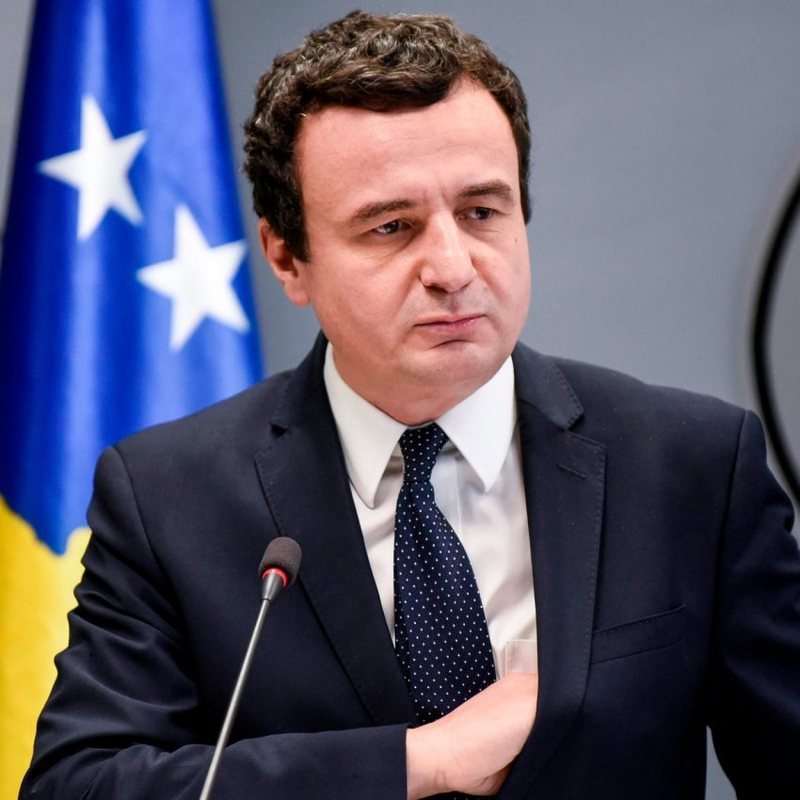 The Prime Minister of Kosovo, Albin Kurti, has revealed that in meetings with about 20 US senators and congressmen, he has requested that about 48 Serbian military and gendarmerie operational bases around the border with Kosovo be removed. In addition to this request, Kurti said that in these meetings he showed the strong ties that Serbia has with Russia and that according to him, the Russian humanitarian center in Nis and the Russian office within the Ministry of Defense in Belgrade should be closed. "In the White House I was received by Jakob Sullivan, where I showed the strong ties that Serbia has with Russia and in all meetings with senators I asked for the closure of the Russian humanitarian center in Nis. close the Russian office within the Ministry of Defense in Belgrade and also an area around Kosovo's border with Serbia where there are 48 offensive military and gendarmerie bases that are offensive to leave. "I have discussed all of this and I can say that our relationship with the United States is extremely strong and unbreakable," he said in an interview with VOA. Regarding the normalization of relations with Serbia, Kurti said that there are no steps behind Kosovo, as Serbia is the one that does not admit the crimes it committed in Kosovo and refuses to recognize Kosovo's independence. "While Serbia says that we will never know you and the Serbian president says that the Recak massacre did not happen, then here is the problem that we do not have such an agreement. We need normal relations with Serbia, but for that Serbia must change, Kosovo is fine, and we insist on this and consider that now is the time for the Western Balkans to integrate within the EU. "With this approach, Serbia is transforming itself as a Belarus of the Balkans, and here the US has the ultimate role to change the Balkans for the better," he said.