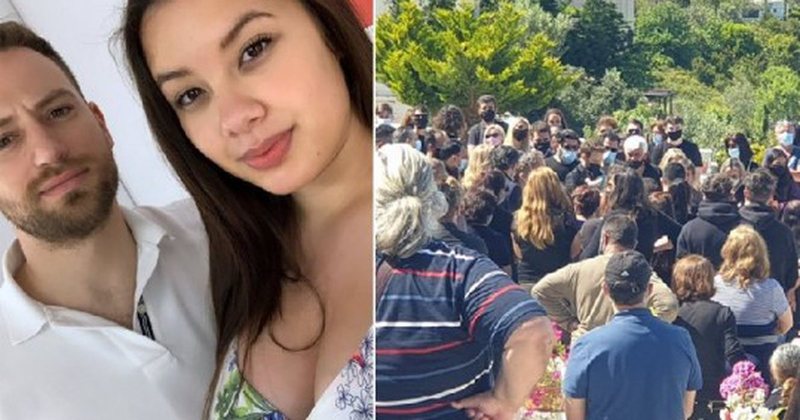 In connection with the macabre murder that took place a few days ago in Greece, where several robbers massacred and killed the 20-year-old, tied up and tortured her husband.

Greek police have uncovered further details. Local media report that during the robbery, where the perpetrators strangled the mother next to her 11-month-old baby, one of them dropped his mask, causing his face to be exposed.

Greek media ERT, shows that Carolina's husband has confessed to the police that at the moment that the perpetrators tried to neutralize the deceased woman, her mask fell off, revealing her face.

'That person was about 30 years old, colored and did not speak at all during the robbery. The only time he spoke was at the moment they were leaving the house. "I spoke a language I do not know," said the pilot.

Police suspect that one of the reasons that led to Carolina being killed by the robbers is precisely the fact that she saw her face. The robbers thought they also killed her husband making sure no one saw her who could testify.

Police are continuing efforts to identify the perpetrators and have continued to show photos of potential thugs to identify the woman's killer. This will continue in the coming days, as a large number have a large number of suspects Greek media report. Police are also awaiting the results from the labs, as they believe with certainty that Carolina's killer left genetic material on the body and clothes of the woman, who strangled her and tied her to the bed.

EL.AS analysts believe that the three robbers are members of a large gang of Albanians and Roma, who carry out organized theft, making it even more difficult to catch them.

The event has shocked the whole community about the brutality of the robbers, but also the fact that the couple had a little girl, only 11 months old, who was found above the body of the dead mother after the robbers had fled. They received about 10 thousand euros in cash from the house and some jewelry