'They know I're not lying', President Vucic threatens Kosovo with war if he takes action 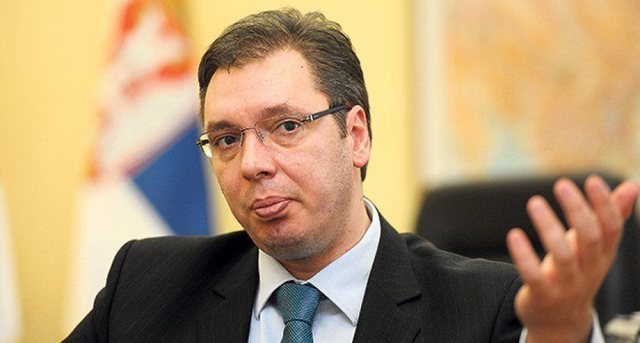 The President of Serbia, Aleksandar Vuçi., Has returned to the statements about the war, where he emphasizes that if Kosovo joins an international organization, there will be unpleasant surprises.

In a statement to local media, Vucic said that they and their mentors know that I am not lying.

"If Kosovo tries to join an international organization, many surprises will await it. They know I're not lying. I am not only addressing them, but also their mentors. And I say they will have a lot of surprises, not one or two.

A frozen conflict means waiting for someone to draw the sword first, I would not want my sons to go to war. We must not let blood enter our brains, we must be realistic, people must know what all the dangers of a frozen conflict are. "Albanians are basically not ready for a compromise solution," Vucic said.

Vucic, among other things, spoke of Serbia's strength and "wisdom and rationality".

"If I know that we can not get everything, but that we can be as satisfied and dissatisfied as Albanians. Even though you are strong, you should not use harsh words because we are building peace and we must preserve it. "Serbian force should not mean arrogance, but wisdom and rationality," he said.