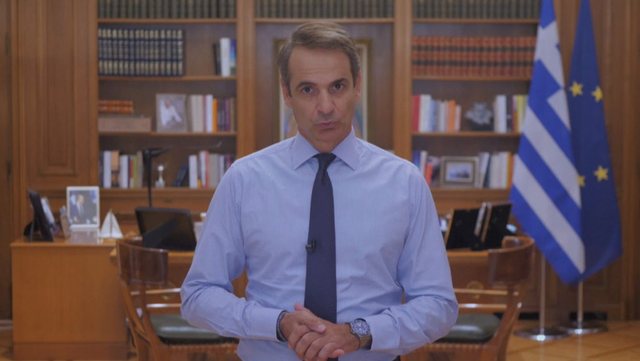 Thousands of Greeks gathered in front of the Greek Court of Appeals to burst into applause after hearing the verdict of this court that declared the neo-Nazi Golden Dawn party and its leaders guilty of accusing the leaders of a criminal group.

Giorgos Roupakias, the killer of anti-fascist rapper Pavlos Fyssas, was also found guilty, as well as 15 of the other 17 accused of the crime that rocked the country in September 2013.

Among them 7 former AA MPs who are serving sentences of up to 15 years in prison.

The court has given a guilty verdict for attempted murder for the attack of five members of this organization against Egyptian fishermen in the Keratsini neighborhood.

Again today, as during the 5 years that the trial against AA has lasted, everyone's eyes are focused on the mother of the singer Pavlos Fyssas, who has just heard the decision and came out of court saying- "My son, we finally made it1"

It is a decision that leaves an indelible mark on modern Greek history by delivering extremely important messages condemning the neo-Nazi nature and ideology of this political grouping that in the years of economic crisis managed to become the third political force of the country.

Despite several confrontations with police forces, the participation in court of thousands of Greeks today sent an optimistic message to the whole country, that of the first step of raising awareness that this party that benefited from the anger of citizens desperate for the crisis, was nothing but an organization criminal, neo-Nazi who sowed racial hatred both for foreigners and among the Greeks themselves and that her country is already behind the prison doors.