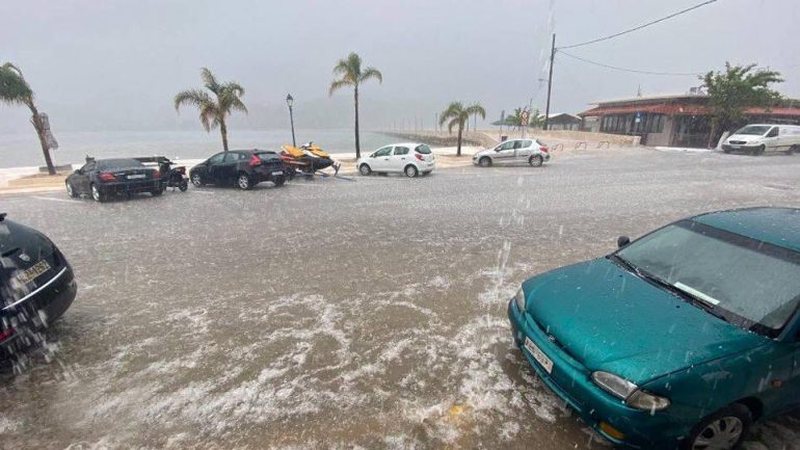 A powerful storm hit Argostoli today, as well as the wider area of ??Kefalonia, which was accompanied by heavy hail.

According to official data, heavy rains hit the area. Specifically, 30.7 tons of water per hectare were recorded in Argostoli, 24.7 tons in Palliki and 27.2 tons in Faraklata for half an hour.

It should be noted that in Faraklata the intensity of rain reached 236 tons per hour.

The Sky Express plane was arriving on the island from Athens at the time of the storm, as a result of which the plane had to return to El Venizelou airport.