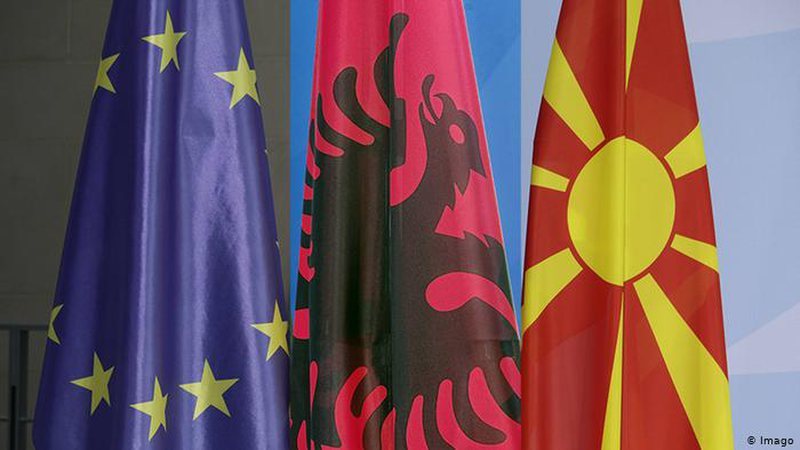 Apparently the idea of ??France will be implemented. President Emmanuel Macron's proposal to create a new political organization aimed at uniting countries that share EU values ??but are not part of the bloc could leave the Western Balkans out of the EU, at least for a very long time. tall. Recent developments clearly show this. June is approaching, but Bulgaria's position remains unchanged, as it refuses to lift its veto on starting EU membership talks with northern Macedonia. This was announced after the meeting yesterday between the Prime Minister of Northern Macedonia, Dimitar Kovacevski and the Bulgarian, Kiril Petkov in Rome, ended without any concrete results. The two leaders stressed that the parties will continue the dialogue for a good neighborhood. But the Bulgarian prime minister stressed that no deadline has been set for reaching an agreement, meaning that hopes for lifting the veto by the end of June are slim. "Only through constructive dialogue will we be able to move towards the good neighborliness that both governments want. "We have not committed to any deadline, the only thing we have committed to is that the Foreign Ministries will continue to work," said the Bulgarian Prime Minister. On the other hand, the Prime Minister of Northern Macedonia stated that regardless of whether or not negotiations with the European Union are opened, Skopje and Sofia will maintain good relations. "At the moment I can not say whether there is progress in reaching a mutually acceptable document with Bulgaria, but talks are ongoing between teams of foreign ministry experts and once there is progress then it will be announced at ministerial level. "Despite the result in June, the government and the state have a very clear plan of what will be done in the future, and normally regardless of the result, we are friends with Bulgaria," said the Macedonian Prime Minister.

EU policy experts say French President Emmanuel Macron's proposal to create a new political organization aimed at uniting countries that share EU values ??but are not part of the bloc is an attempt. to stop EU enlargement. Toby Vogel, an analyst and expert on the EU and the Western Balkans based in Brussels, estimates that President Macron's idea will not be supported by the bloc countries. In addition to describing the proposal as vague and very vague, Vogel says that Macron through this idea reveals the opposition he has in relation to the membership of new states in the EU. Macron has spoken out against speeding up the procedure for Ukraine, but also for other states, arguing that the standards should be respected. Instead of accelerating, he proposed what he called a "European political community" that could be open to non-EU countries, such as the United Kingdom, which has left the bloc. Vogel thinks that the real purpose of President Macron's proposal is to present him as a friend of Ukraine, Georgia, Moldova and the countries of the Western Balkans, countries that aspire to EU integration, while at the same time not supporting their membership.

Albania remains a "hostage" of Macedonia

The European Union has made it clear that there will be no separation of Albania from Northern Macedonia. The statement by Ana Pisonero, spokeswoman for EU enlargement, came after Prime Minister Rama's response that if the First Intergovernmental Conference remains stalled, it will demand secession from northern Macedonia and the opening of negotiations immediately, given that the conditions are completed. Pisonero added that the European Council decided in March 2020 to open membership negotiations with Albania and northern Macedonia, as both countries had fulfilled their tasks deservedly so. The EU spokeswoman also has a message for Bulgaria and Northern Macedonia. She says the union encourages both sides to find a mutually acceptable solution to the outstanding issues.