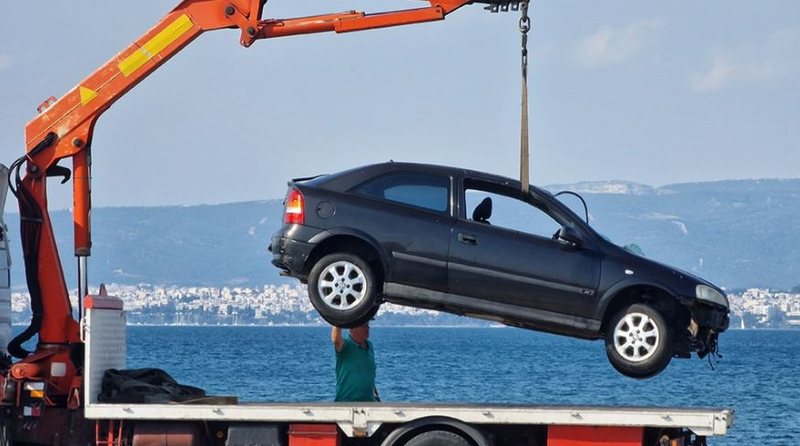 Shocking details have emerged from the death of a mother and son in eastern Thessaloniki. So far the authorities suspect that we are dealing with a pure act of suicide.

According to Greek media, the two drowned people had filled the car with sandbags, tied the body with rope behind the seats and also handcuffed the handlebars on the steering wheel of the car, shortly before the 50-year-old boy violated the gas of "Opel- it ”and fell into the water with his 75-year-old mother.

The tragic event was marked on Monday around 14:03. The human drama was revealed a little later, when divers went to the bottom of the harbor and saw the two dead bodies of the elderly woman and her son tied up.

According to a resident of the area, this is the third time that at this point, people decide to end their lives in the same way, ie to fall into the sea with their car. An eyewitness to what happened Monday afternoon was a man who was swimming in the sea at the time. He described seeing the car that arrived at the port, then stopped and a few seconds later walked fast and fell into the water.

"I am sure that they stopped here to put handcuffs because it would be impossible for them to make a decision if they would be tied up in advance. They fell, crushed the gas and suddenly I saw the car getting lost at the bottom of the sea. I was shocked and soon realized that people would not come out alive, no matter how soon the coast guard came. "The car sank in a very short time", described the eyewitness of the family tragedy.

"Maybe they were saying goodbye to each other, so they stopped before it was fatal. "Anyway, it seems that they had decided before they arrived at the port", he added.

The information suggests that the family was facing problems as it was reported that she was unable to cope with the death of two family members. Two years ago the woman's brother and 50-year-old son had ended their lives. Shortly after the tragic event, the father of the family passed away, not believing what had happened to his family.