Kosovo-Serbia dialogue, Lajçak speaks after the meeting in Brussels: Here is what was decided 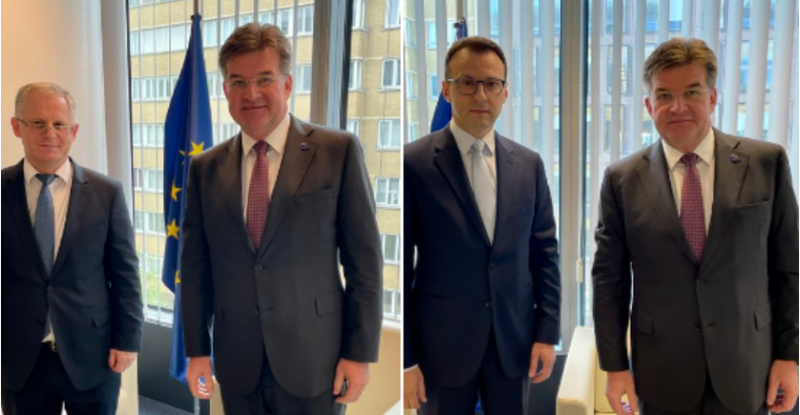 European Union (EU) Special Representative for the Kosovo-Serbia Dialogue and Other Regional Issues of the Western Balkans, Miroslav Lajcak, announced in a Twitter post that no license plate agreement had been reached in Brussels at the meeting. between the chief negotiators from Kosovo and Serbia.

He said that the results from the meeting are mixed.

However, Lajcak said, progress has been made on other issues, including energy.

"We have just finished today's meeting of the chief negotiators in Brussels. The results are mixed. Unfortunately, no agreement has been reached on license plates, however progress has been made in other areas, including energy. The work will continue ", wrote Lajçak.

Just finished today's meetings of Chief Negotiators in Brussels. Results are mixed. Regrettably, no agreement was reached on license plates, however we made progress on other files including energy. The work will continue. pic.twitter.com/UT6GAyrzND