The dialogue between Kosovo and Serbia is considered a failure, there was no recognition of independence even during 2020 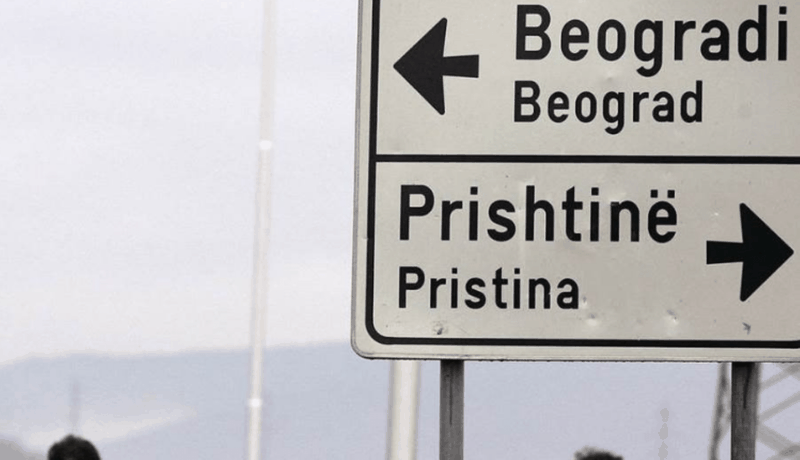 Efforts made for the benefit of the dialogue process between Kosovo and Serbia, during the past year, have been assessed as failed, thus calling the whole process unsuccessful. "Kosova Press" has reported that despite the fact that 2020 was proclaimed to be the year of the final agreement, such a thing was not achieved, although an agreement was signed between the two countries in Washington. Some of the political parties say that Kosovo lost the historic opportunity to achieve mutual recognition during the last year, while the LDK as the ruling party estimates that the dialogue has received a great impetus in 2020. Civil society also sees the future of dialogue as unclear, following new elections expected to be held in early 2021. Vetëvendosje Movement says that the dialogue held by the Hoti Government was not told that the dialogue regarding the recognition of Kosovo by Serbia has failed. She is also pessimistic about the implementation of the Washington agreement. "Dialogue has failed long ago, most of the agreements made in the first phase have failed. Most have not been implemented by Serbia, some on the Kosovo side have been implemented. So nothing has changed on the ground, we consider that the dialogue regarding the recognition of Kosovo by Serbia has failed, this dialogue does not lead Kosovo towards recognition and EU membership. This dialogue has further sunk Kosovo, so it must be stopped as soon as possible because we need another political class, a government with legitimacy that takes the country forward.

The most critical regarding the dialogue are expressed in PDK, where the member of the presidency, Blerta Deliu says that the country has lost the historic case for final agreement during 2020. "As PDK we consider that we have lost the historic case for final agreement in 2020. It is the agreement that has been widely proclaimed and discussed at all levels. That is why we are saying even now that we consider that we are late in this direction, 2021 should be the year when we end this long marathon of dialogue discussions which has taken a lot of time and energy of Kosovo and it is necessary once and for all for to ensure a final agreement binding on both parties and mutual recognition which is our main condition, then a seat in the UN ", she says. Sakaq, the deputy who leads the Committee on Foreign Affairs, Time Kadrijaj, from AAK says that Kosovo benefited from the Washington agreement. "At least what has been achieved in Washington are those economic agreements, which if implemented, Kosovo benefits. "But we do not have any agreement reached in the European Union," she said. While from civil society, the only positive thing in 2020 in terms of dialogue, they see the return of the parties to the table. The Kosovo-Serbia dialogue, after a break of about 2 years, resumed in July this year, after the removal of reciprocity measures and a 100 percent tax on Serbian goods. Last year there were two physical meetings between Prime Minister Hoti and Serbian President Vucic in Brussels, one in Washington and a virtual meeting at the Paris summit. While 6 meetings took place at the expert level. In addition to the Washington agreement, which was said to be more economic but which also lacked political issues, mutual recognition was not achieved. Meanwhile, Hoti and Vucic have not met for about four months after differences over the establishment of the Association of Serb Municipalities in Kosovo.