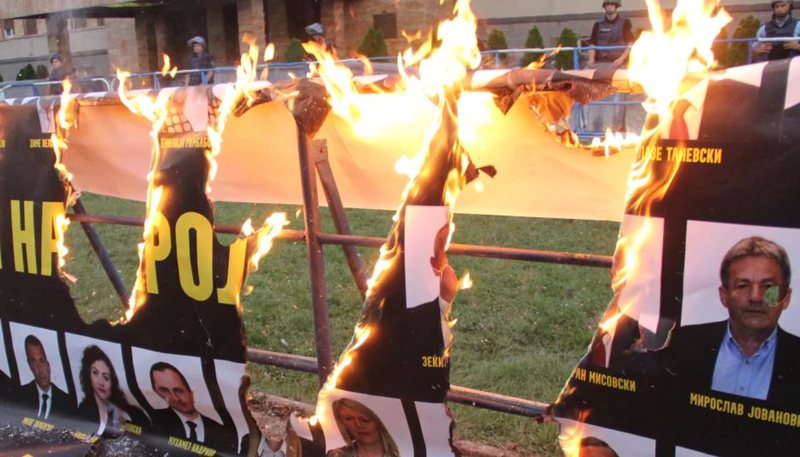 The protests in North Macedonia have continued, where they opposed the French proposal through which it is intended to overcome the differences between Skopje and Sofia.

Protesters have placed banners at the barriers erected by police forces.

"If you approve the French proposal, you will burn in hell," reads one of the banners.

Compared to the previous day, the situation so far appears calmer.

The citizens set fire to the banners in front of the Parliament.

One more video of the rocks attacking the demonstrators. #Protest in #Skopje pic.twitter.com/A05ZlliU57