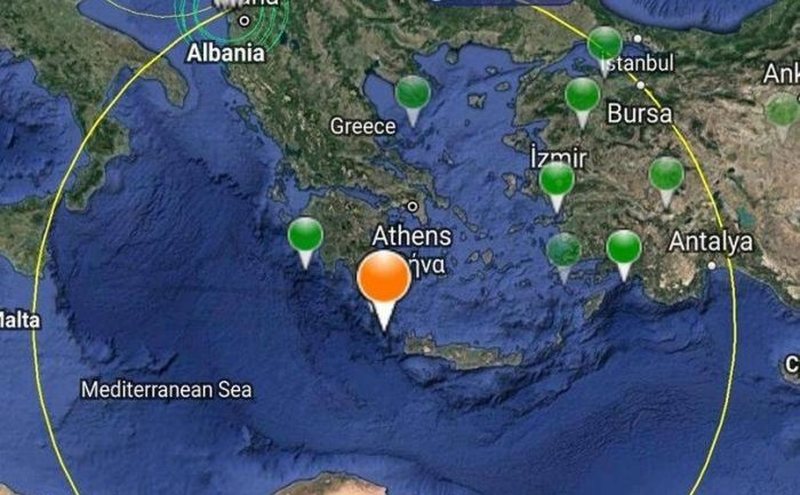 Scientists are worried about the strong earthquake that occurred in Thessaly, as well as the strong seismic sequence, because, as they report, it is basically a "surprise", because the activation of the earthquake in that area was unexpected.

At the same time, villagers slept outside their homes for the second night in a row, while at least 205 houses were severely damaged. The area is surrounded by numerous civil defense forces.

Specifically, the president of the Organization for Earthquake Planning and Protection, Professor Efthymios Lekkas, spoke of an "unexpected earthquake", given the magnitude of the earthquake that struck the country on Wednesday.

Lekkas stressed that another tectonic plate was activated north of Wednesday's quake epicenter. However, he was skeptical about the nature of the earthquake: "It may be characterized as an earthquake, but we have to look at the evolution of the phenomenon," he said.

In his latest statements, Lekkas appeared convinced that this is a new earthquake and added that "now everything is starting from the beginning".

The director of research of the Geodynamic Institute, Gerasimos Chouliaras, stated that this is a special seismic sequence, where on Wednesday a new earthquake occurred almost the same magnitude as the main earthquake.

"The phenomenon was repeated in 2014 in the earthquakes of Kefalonia. We have encountered this phenomenon in other seismic regions of the world. "'Twin' earthquakes are something special, but not unknown, it is a phenomenon that has been noticed by expert seismologists."

For his part, the director of Research of the Geodynamic Institute, Thanasis Ghanas considers that this is a major earthquake that will have its own seismic sequence.

Vassilis Karakostas, a professor at Aristotle University of Thessaloniki, said aftershocks were expected in the following hours, which is considered normal.

The small depth of the earthquakes makes the tremors feel strong in a wide area, including neighboring countries.

In his statements (for APE) Papazahos spoke about the rare phenomenon of "twin" earthquakes. The area with the biggest problem is the village of Damasi, as many buildings and houses, apart from the school, have suffered great damage.

Amur, Mesochori and Zarko of Trikala were the most affected areas and suffered considerable damage. As OAS President Efthymios Lekkas stated, "the buildings resisted" such a strong earthquake.

And not only those that were built according to the anti-seismic regulation, the old buildings also resisted its power. There is a school in Damascus, which suffered considerable damage. An old school, in which there were about 100 students, but fortunately did not suffer injuries./Protothema