What is happening with the Kosovo-Serbia agreement? The US special envoy releases the photos 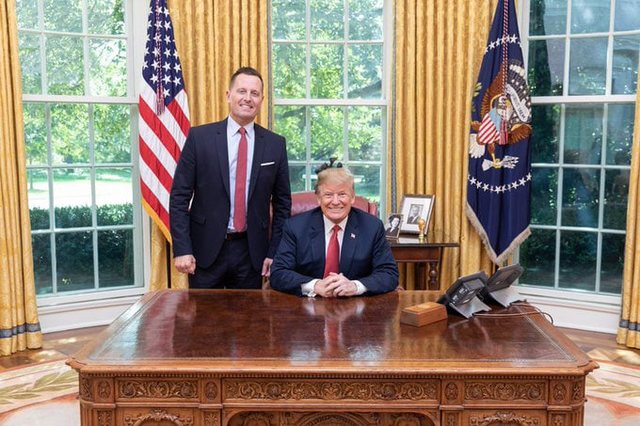 The US special envoy for the Kosovo-Serbia dialogue, Richard Grenell, said in a Twitter post that the economic agreement signed in Washington on September 4 between the two countries is being implemented.

"The agreement is being implemented! The Trump administration is taking swift action, "wrote Richard Grenell, as he accompanied a post by the Kosovo Embassy in Pristina when the US Department of Energy paid a visit to Kosovo. 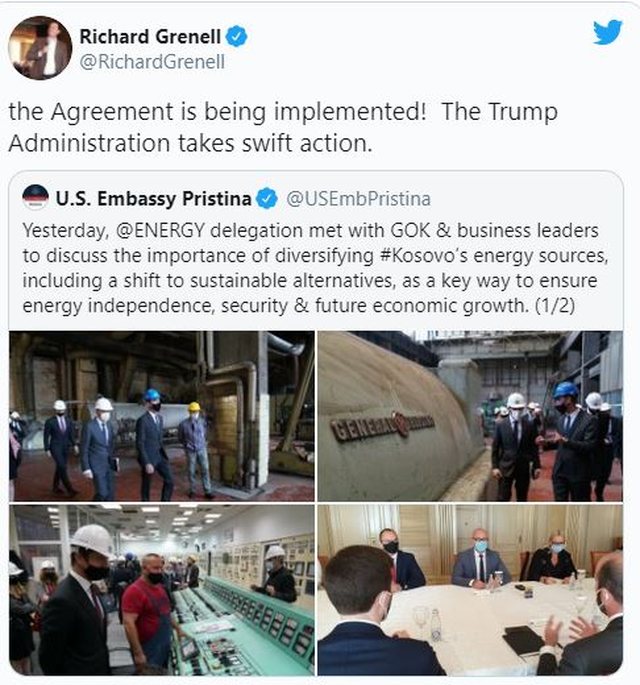