What is Vucic warning about? Serbia trains with Chinese drones and Russian planes, VOA shows behind the scenes 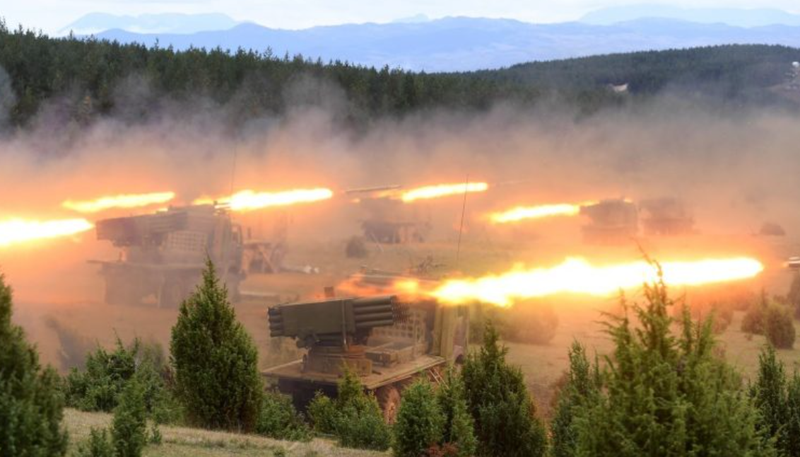 Russian-made planes, helicopters and tanks fired on Saturday in Pester, a secluded training area in western Serbia, as Chinese military drones flew in the sky.

The maneuvers, dubbed "Cooperation 2020", were a demonstration of Serbia's renewed military power and were followed by President Aleksandar Vucic and other personalities.

Serbia's close military ties with Beijing and Moscow were highlighted during the exercises.

In recent years, Belgrade has accelerated defense spending while seeking dominance in the Western Balkans.

Its military budget increased to about $ 1.14 billion in 2020 and 2019, which is 43 percent more than in 2018. This year’s military spending accounted for about 2.4 percent of gross domestic product.

"We are strengthening our army to prevent any aggressors, we do not intend to start any conflict," Vucic told reporters after the exercise.

For the first time, Serbia demonstrated the use of Chinese CH-92A fighter drones, the first deployment of Chinese unmanned aerial vehicles in Europe. It received six such drones in June.

Beijing sees Serbia as part of the One Belt, One Road initiative, which aims to open new foreign trade links to Chinese companies that have invested billions of euros, mostly soft loans, in infrastructure and energy projects.

For Saturday's exercise, the Serbian army deployed 40 aircraft, about 150 vehicles, including tanks and armored personnel carriers, and about 2,800 troops.

The Serbian military uses mostly former Soviet technology, but in recent years Belgrade has purchased MiG-29 fighter jets and other weapons from Russia, including Mi-35 helicopters and the Pancir air defense system, which were demonstrated on Saturday.

Serbia, which is a candidate for membership in the European Union, declared military neutrality in 2006. It joined NATO's Partnership for Peace Program, although it does not seek full membership in the Western defense alliance. / VOA