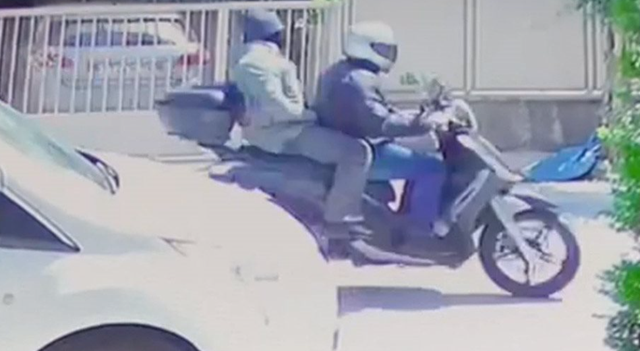 Greek media have published another video of the moment when the perpetrators leave the scene, three minutes after the execution of journalist George Karaivaz. Security cameras fixed the two killers on the motorcycle near the journalist's house.

According to the press of the neighboring country, in the hands of the authorities are over 100 videos that show the entire itinerary of the movement of the perpetrators from the pursuit to the departure from the scene.

There are also 22 testimonies from citizens who were near the scene and saw the killers, disguised, shooting at the journalist and leaving quickly.

Another strong piece of evidence in the hands of investigators, considered a "gold mine" is the journalist's phone, recent contacts, messages, tabulations and everything else is expected to help authorities track down the perpetrators.

Greek media in some articles wrote today that investigators suspect that the perpetrators of the execution are two Albanians who have collaborated with Greek criminal groups, but so far nothing concrete.