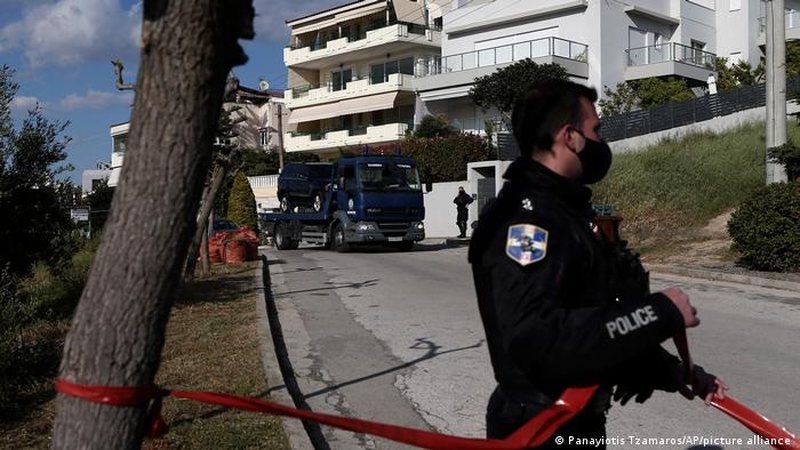 "Everything happened very quickly, in 15 seconds," said a witness who witnessed the murder of Greek journalist George Karaivaz on Friday (April 9th). The municipal employee happened to be near the scene on Friday afternoon and described the murder to Greek television ATN1. He was working with two colleagues in a park in front of the house where the journalist lived, the witness said. They heard a crack and turned to look, and at that moment they saw how the killer made the deadly blow and left on a motorcycle. The faces of the killers were masked.

According to police records, George Karaivaz was killed with a 9 mm pistol. 10 bullets hit him in the chest and chest. Security authorities say the killing was ordered by professional assassins, according to a police spokesman. Greece has launched an "all-out" investigation into the perpetrators and mastermind of the murder.

Such killings are very rare in Greece. Public opinion and the media are shocked. "Welcome to Mexico" was the headline of a news published by Dimokratia on Saturday. "We are back in Balkan Colombia", writes the front page of Kontra News.

"The assassination of George Karaivaz is an ugly crime," said Minister Chrysokoidis after meeting with the Greek prime minister and promised to catch the culprits quickly. "The Greek state pays special attention to the free press," he added.

His colleagues on the private channel STAR have expressed that he did not feel threatened. According to authorities, he had never applied for a gun permit or police protection. But in recent months, Karaivaz had frequently reported on the dirty businesses of corrupt officials with the underworld, hence public pressure for the swift revelation of the murder is immense.