Accused of abuse of office, the Criminal Court sentences Nikola Gruevski to several years in prison 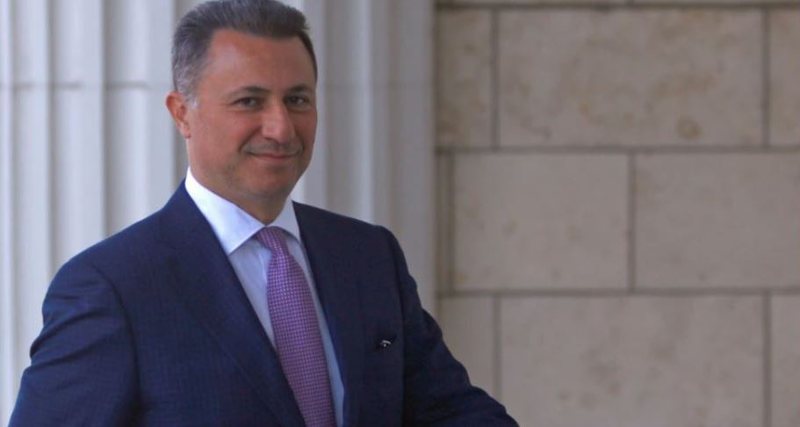 The Skopje Criminal Court sentenced former Northern Macedonian Prime Minister Nikola Gruevski to nine years in prison in 2011 and 2012 for abuse of office and official authority.

Gruevski, who fled to Hungary, along with several former Macedonian officials, have been convicted in the so-called "Cosmos" case, the demolition of a building belonging to a businessman who opposed the policies of the then ruling VMRO-DPMNE party, led by Nikola Gruevski.

By the trial panel, the offense committed was assessed as motivated for political revenge.

According to the verdict, the convicts must jointly compensate the damage caused to the businessman Fiat Canovski, in the amount of over 11 million euros.

The investigation against Gruevski and other officials was initiated by the wiretapping scandal that was published in 2013 by Zoran Zaev, the former chairman of the Social Democratic League, which was in opposition at the time.

Former Prime Minister Nikola Gruevski has previously been sentenced to two years in prison for buying a luxury car worth over 600,000 euros, but did not serve his sentence after fleeing northern Macedonia.

Former Prime Minister Nikola Gruevski, on November 13, 2018, announced through the social network Facebook that he had fled to Hungary. A few days later he announced that the Hungarian authorities had approved his request for political asylum due to, as he said, political persecution by the government of Prime Minister Zoran Zaev.

On the way to Hungary, Gruevski passed through the territories of Albania, Montenegro and Serbia./REL/