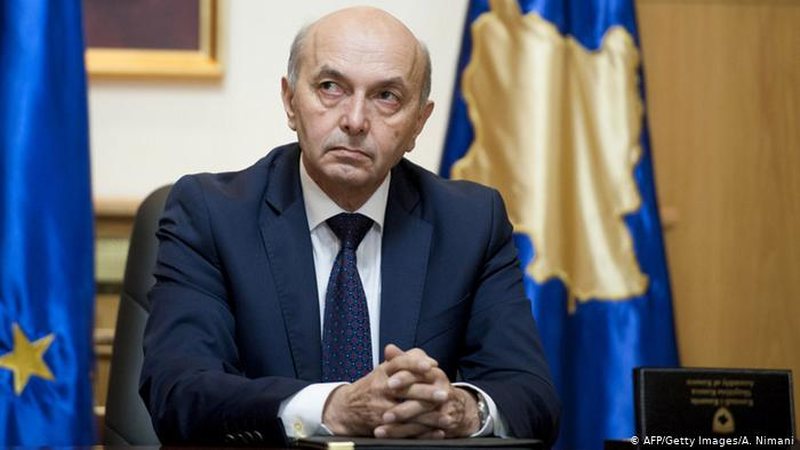 The President of the Democratic League of Kosovo, Isa Mustafa gave yesterday a statement by which he attacked the Constitutional Court and its decision made public recently. Mr. Mustafa has considered the decision taken by this Court to overthrow the Government "Hoti" based on the vote of the convicted MP Etem Arifi, as unfair and above all unprofessional. He has argued this position with the fact that the MP in question, previously voted for the government headed by Albin Kurti and the Presidency of the Assembly at the time, and this situation according to him is not being considered by anyone. However, the leader of the LDK has indicated that although he can not support such a decision, he will respect the decision. "I do not dispute the decision because we have expressed as LDK that we will accept the decision and will act according to this decision. But I think that such decisions do not do the country any good because no court in Kosovo should come out and behave as the supreme body of the state of Kosovo and it then administers justice because it is the Constitution that has defined the rules of conduct and the Court cannot "It is constitutional in any case to write parts of the Constitution as it is happening in our country", he said. Mustafa also mentioned the fact that his mandate is not related to the Kurti government. "We did not expect at all that the Constitutional Court will come up with such a decision. He has been elected MP in this term. The offense for which he was convicted belongs to the previous legislation and consequently he had a mandate in the previous legislation. He has participated and voted for all the bodies that have emerged from the elections of October 6 last year for the Assembly and the Presidency of the Assembly and the Hoti Government and the Kurti Government and no one has signaled that he has no right do it. And now it is only a matter of the Hoti Government voting. "Votes for others will be set aside," Mustafa said.

In a statement to the local media, he made another accusation, stating that the Constitutional Court goes beyond its competences at the moment it "orders" new elections to be held. He also hypothesized that since the beginning of the Hoti government vote, given that Arif's mandate is not valid, then the majority needed for the overall creation should be calculated at 119 and not 120 such. According to Mustafa, this concludes that the current government still has the necessary numbers to be called a legitimate government and to continue working. "I also see no constitutional reason for the Constitutional Court to announce the elections. It is neither in the mandate nor in the role of the Constitutional Court to announce the elections. She may find in the judgment weaknesses or legal omissions which have occurred, but it is not what announces the election. "I think he was neither fair nor professional," he said.

The LDK leader has expressed his conviction that in the next elections, his party will go alone and does not see the need to have enough help to rely on another party through the pre-election coalition. However, Mustafa left open the opportunity to compete with a small party. "We have not yet decided on the structures of the LDK, but soon we will organize a meeting of the presidency. I think we will compete alone. We remain open to any small subject. "But we will not make pre-election coalitions with any political entity", said Mustafa.