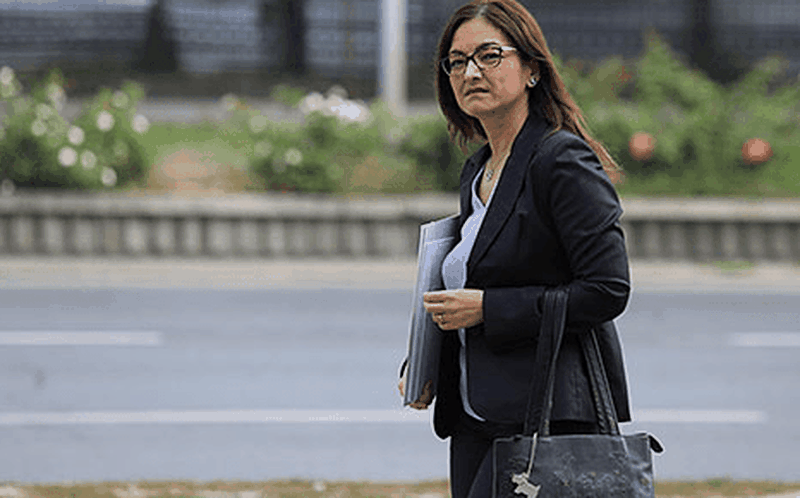 Former Interior Minister Gordana Jankulovska has been sent to the Idrizovo prison in Skopje. Police have confirmed that the former minister will serve a sentence of 4 years in prison. She is in charge of the "Tank" case, for the purchase of a luxury car by the Government of Nikola Gruevski, Macedonian media report. The reaction of VNRO-DPMNE was immediate.

"Gordana Jankuloska is a victim of injustice and political persecution of Zaev's mafia. "Jankuloska goes to jail for a car driven and used by Zoran Zaevi and his mafia, and at the same time when the same government spends over 8 million euros to buy new official vehicles", it is said in the communiqué of VMRO-DPMNE- the.

Former Minister Jankulovska is known as an anti-Albanian politician. She has confirmed this in the affair of wiretapping, where in communication with party colleagues for Albanians she has used low and derogatory vocabulary.

Won the gold medal at the Olympic Games, Distria Krasniqi gives the big promise for Kosovo

Mass fires do not spare Kosovo either, the house in Suhareka is burned

Serbia threatens sharply: If Kosovo violates its obligations, we know well what to do

Scary temperatures! Extreme heat limits work outside, from 12:00 to 16:00 movement is limited, what is happening to the weather?

The strong earthquake "shakes" Greece, that was the magnitude

Four years since the agreement that alienated Bulgaria and northern Macedonia

"Open Balkans", Vucic comes out with a strong reaction: A historic decision for ...

'Aroma' dictatorship / Greek government plan expected to take effect: Vaccine or test to sit in cafes from autumn, payment will be made from customers' pockets

Watch the video / The alarm is raised, the heat is measured with a drone in Athens, the device records the temperature 55 ° C on the asphalt

Clashes deepen, Albin Kurti: "Open Balkan", an initiative that paves the way for the influence of Russia and China

What is happening? Two earthquakes in a row shake Greece again