"Life would be ten times better for Belgrade if ..." / Vucic does not give up: We will "fight" as much as we can to not sanction Russia 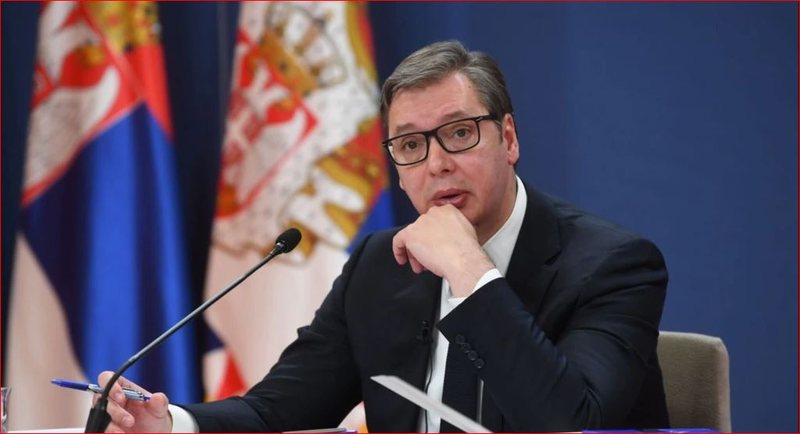 The President of Serbia, Aleksandar Vuiqi., Said that Serbia will fight as long as it can to maintain its policy of not imposing sanctions on Russia, but he stressed that the damage he is experiencing as a result of this policy is great.

Vucic told TV Prva on May 15 that life would be "ten times better" if Belgrade imposed sanctions on Moscow, but he said he would not do so because Serbia, he said, was pursuing an independent policy.

"Everyone will say that Vucic is announcing the imposition of sanctions. "No, we will fight as long as we can to maintain our policy," Vucic said.

He reiterated that Serbia knows "how unfair the sanctions are" and is doing so because of respect for rights, but added that "the people should know that the state is losing a lot due to the non-imposition of sanctions on Russia."

Vucic said that Serbia currently does not have access to market capital, loans are more expensive, as loans are being offered at interest rates of 7% and that refinancing loans is becoming difficult. According to him, all this ultimately affects salaries and pensions.

At the United Nations, Serbia voted in favor of resolutions condemning Russian aggression against Ukraine and voted to exclude Russia from the UN Human Rights Council, but Belgrade did not join the European Union in imposing sanctions on Moscow.

Serbian officials have repeatedly said that Belgrade will not support sanctions against Moscow, as it protects the vital interests of the state.

Serbia also relies on Russia, a permanent member of the UN Security Council, over the Kosovo issue, which declared independence in 2008, which Belgrade refuses to recognize.