Chaos in Montenegro, the EU urgently intervenes: We are very worried, the blockade of the institutions must be ended 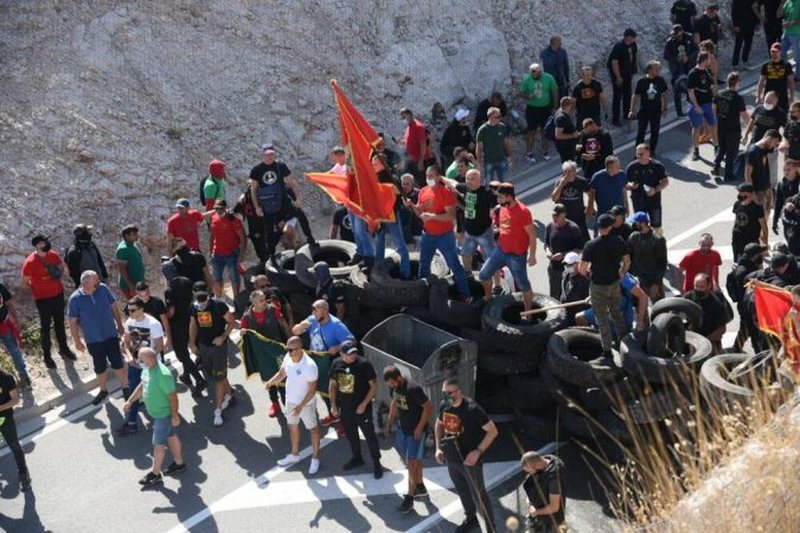 The European Union asked yesterday to end the blockade of institutions in Montenegro. "The EU is following the internal political situation in Montenegro with great care and concern," said EU spokesman Peter Stano. He said that the blockade of the institutions should be ended and the situation in the country should be normalized. "We remind and insist that all political actors refrain from any action that could further deepen the institutional crisis in the country and damage the functioning of democratic institutions. They should give priority to consensus building", Stano said at the press conference. On November 18, the speaker of the Assembly of Montenegro, Danijela Gjurovic, after the meeting with the leaders of the parliamentary parties, announced that they have not reached an agreement on any issue. The President of Montenegro and the chairman of the Democratic Party of Socialists (DPS), Milo Djukanovic, also participated in this meeting, while the leaders of the Democratic Front and the URA Civic Movement refused the invitation, but had sent several representatives. The request of the DPS was clear, the withdrawal of the amendments to the changes in the Law on the President, the election of judges for the Constitutional Court and the holding of extraordinary parliamentary elections. With the votes of the old parliamentary majority, on Tuesday, November 2, in the Assembly of Montenegro, with 41 votes in favor and without the presence of the opposition, the amendments to the Law on the President of the State, which present a series of unconstitutional provisions, were voted. Also, it is worth mentioning that the European Union is also concerned with the recent developments in the country,

The US blocks Kosovo's membership in the Council of Europe, media in Serbia reveal the hard details (Reason)

Kosovo's application for membership in the EU, the European Parliament makes an unexpected move, here is the decision it is expected to take

Temperatures are - 8 degrees Celsius, Kodra e Diellit is covered with snow, the thickness has reached 74 cm, here is the situation

The father of the plane pilot who crashed in Greece speaks: This is what he told me the last day

New details from the Franco-German plan: Serbia enters the EU in 2030, benefits from massive aid from the West, here are the fire fronts that are expected to "burn" Belgrade if Vucic rejects the agreement

The German foundation publishes the statute, the association in Kosovo will also be financed by Serbia, details from the draft resolution are disclosed