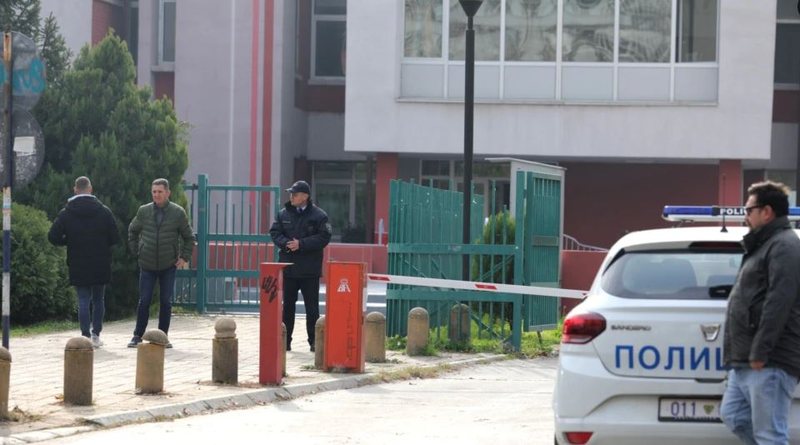 The Ministry of Internal Affairs of North Macedonia has filed criminal charges for the crime of "terrorism" against a minor from Skopje, after he admitted to the police that in October he threatened four high schools in the Macedonian capital with bombs.

"Inspired by previous notifications of bombs in several high schools in the territory of Skopje, the minor noticed on social networks that messages from anonymous whistleblowers were sent through a specific provider that offers encryption and communication protection, and on November 4, from his personal computer, he created an electronic address, through which he wrote a threatening message about placing explosives in four secondary schools", the Macedonian police said in the announcement.

The Minister of Internal Affairs, Oliver Spasovski, said that the case has not been resolved with this criminal lawsuit, as according to him, the threats have also come from abroad, which, according to Spasovski, proves that it is a matter of cyber attacks that are difficult to detect.

"According to the data we have, it is also about a domain that is registered abroad, namely in the United States, and this practically shows the seriousness of cyber attacks. I estimate that it is very difficult to secure all the evidence that comes, because this is a transnational crime, it is not within the framework of the state", declared Spasovski.

Even the Macedonian Prime Minister, Dimitar Kovacevski, said that bomb threats are made with the aim of inciting fear and disrupting the work of institutions, but they are also attempts to increase pro-Russian influence.

He said that Macedonian institutions are in coordination with NATO member countries to face such threats as quickly and efficiently as possible.

"It is about cyber warfare. These false bomb alerts are part of this war. There are also in other countries. The purpose of these attacks is to incite panic. It is not easy to find out who is behind the bomb threats to schools because virtual private networks are used in which these addresses are open. However, there are clues for the perpetrators and if it is found that they are from the country, they will be sanctioned. We are in daily communication with our partners in NATO and we have coordination with the European Union for these cyber attacks and for other problems", Kovacevski said.

Since the end of October, there have been a total of 12 false denunciations about placing bombs in schools in the territory of North Macedonia, causing fear and disorder in the education system in this country./REL