Kosovo goes to the polls, the Constitutional Court overthrows the "Hoti" government, debates and questions over Kurti's candidacy 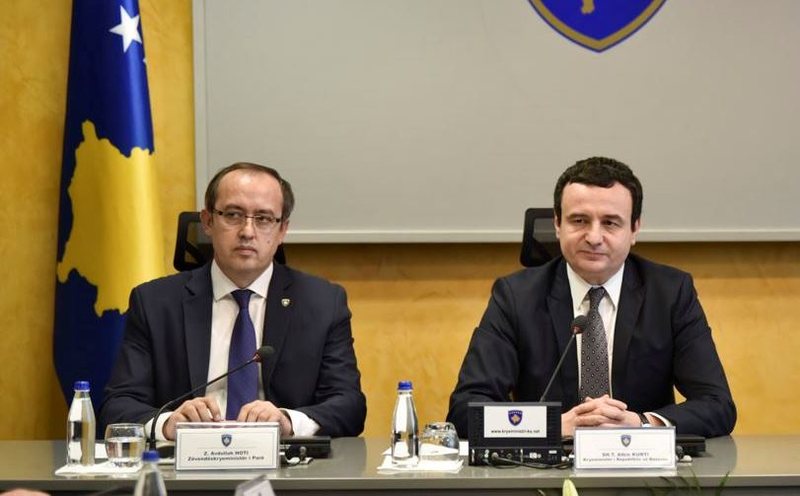 Kosovo will go to early elections. The Constitutional Court has accepted the request of the leader of Vetëvendosje, Albin Kurti, who called the "Hoti" government invalid, because during its vote of confidence also voted the deputy Etem Arifi, who was sentenced to 1 year and 3 months in prison for "Subsidy fraud". The decision of the Constitutional Court states that a person convicted of a criminal offense by a final court decision in the last three years, can not be a candidate for MP or gain a valid mandate in the Parliament of Kosovo.

But the decision taken by the court has also questioned the candidacy of Albin Kurit and some other Vetëvendosje deputies. Many media and analysts in Kosovo have argued that they are not allowed to run because they have been convicted by a court. According to the media in Kosovo are also penalized: Albulena Haxhiu, Donika Kadaj-Bujupi and Faton Topalli. The Basic Court in Prishtina, in January 2018, found guilty four members of the Assembly of Kosovo, Albin Kurti, Donika Kadaj-Bujupi, Albulena Haxhiu and Faton Topalli, for two criminal offenses, that of using a weapon or dangerous means and obstructing official person during the performance of official duties, actions related to the shedding of tear gas in the Assembly of Kosovo in 2015. Albin Kurti was sentenced to 1 year and 3 months imprisonment for using a weapon or dangerous device, while for the criminal offense of obstruction of an official person he was sentenced to six months imprisonment. He was finally sentenced to a single sentence of 1 year and six months probation. Vetëvendosje has announced that there is no penalty, as Kurti was sentenced to probation in the end. It remains to be seen what will happen.

"The Constitutional Court, as far as we have read in the short notice it has published, demands that Article 29 of the Law on General Elections be applied, ie that prevents the candidacy of a person who has been found guilty of a criminal offense by a final court decision in the last three years ", said for Radio Free Europe, the CEC spokesman, Valmir Elezi.