Kosovo goes to the polls on February 14, the Constitutional Court clarifies the full decision, Kurti is banned from running 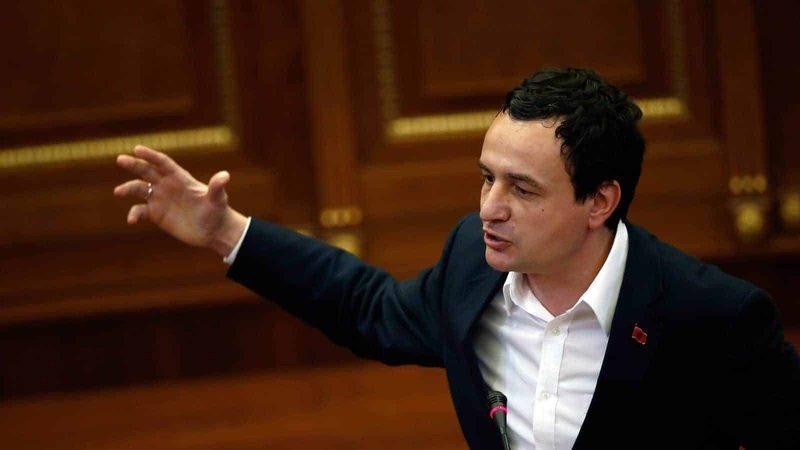 Kosovo will go to the polls on February 14. Yesterday, the full decision of the Constitutional Court of Kosovo was made public, which called the "Hoti" government illegal. The court declared the vote of MP Etem Arifi invalid, leading the country to new elections. After that came the decree of the incumbent president Vjosa Osmani, who decided to hold early elections on February 14.

The Constitutional Court found that the government elected on June 3, 2020, did not comply with paragraph 3 of Article 95 [election of the government] of the Constitution because the government had not received the majority of votes of all deputies. "The court considers that no person can win and retain a valid mandate of a deputy if he is convicted of a criminal offense as provided by these provisions, with a final court decision, if against him / her there is a convicting decision force in the Republic of Kosovo ”, it is stated in the judgment. The court clarifies, however, that this fact has no retroactive effect and that despite Arif's vote, any decision taken so far by the Hoti government will not be considered invalid.

The candidacy of Albin Kurti

As expected, the publication of the decision of the Constitutional Court has sparked a debate in the arena of Kosovo politics. What has created a clash of opinions and justifications is the fact whether the leader of the Vetëvendosje Movement will be able to run in the early elections. The full verdict also clarified the right to run in the parliamentary elections and according to the Kosovar media, Albin Kurti cannot run for MP. The Court notes the explanation of the CEC that "no one can be denied the right to run in elections, if such a right has not been removed by a court decision, which means that the candidate must by decision to be found guilty and the court has imposed the additional sentence "deprivation of the right to be elected", the verdict reads. But according to the Constitution, The Law on General Elections does not require persons convicted of criminal offenses to be sentenced to an additional sentence of "deprivation of the right to be elected", so that they are not allowed to run in parliamentary elections. This is because, according to Article 29.1 of the Law on General Elections, among others, the following two grounds are provided: (i) deprivation of the right to be a candidate in elections by decision of the ECAP and the court; and (ii) the impossibility of being a candidate due to being found guilty of a criminal offense by a final court decision in the last three years. These are different / separate bases that cause inability / ineligibility to be a candidate. The court is of the opinion that this interpretation is in line with the related reading of Articles 45, 55 and 71 of the Constitution ", the court explains.

On the other hand, the decision of the Constitutional Court was interpreted differently by persons close to the LVV. The well-known lawyer in Kosovo, Tomë Gashi, has commented on the full verdict and concludes that Kurti can run. "Point 297 of the Judgment fully clarifies this situation by stating that: it is not allowed for a person sentenced to imprisonment during the last three years before the elections to run for deputy and win the mandate of deputy. Albin Kurti in 2018 was sentenced to probation. "Very soon we will have Albin Kurti as Prime Minister of the Republic of Kosovo - Government Kurti 2", he wrote in a Facebook post.