Kosovo boils over Kurti's candidacy, CEC adds anxiety to LVV leader, warns that it will implement only the decision of the Constitutional Court 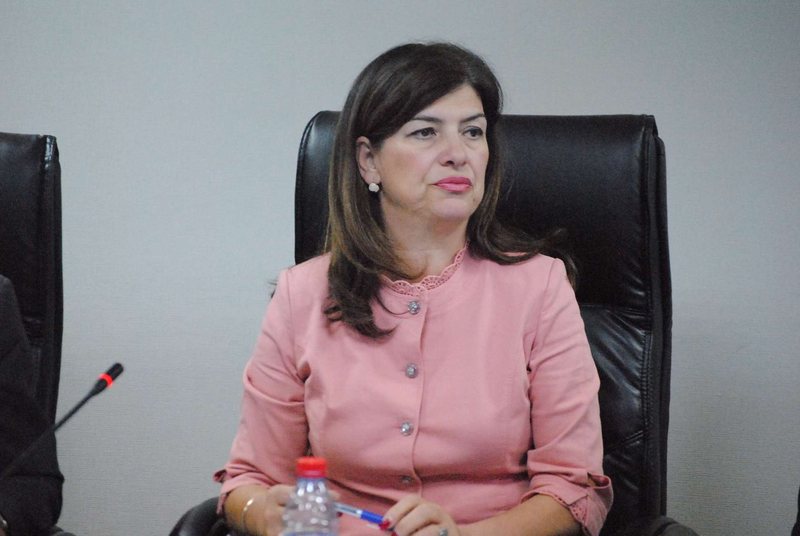 After the announcement of the verdict by the Constitutional Court of Kosovo and the setting of the date of the early parliamentary elections, what has heated up the debate in Pristina is the fact whether the leader of the Vetëvendosje Movement, Albin Kurti is allowed or not to run. Meanwhile, the Chairwoman of the Central Election Commission, Valdete Daka, has created even more suspense in an interview given to "Top Channel". Ms. Daka said that the institution led by her will respect the decision taken by the Constitutional Court, but that at no point has clarified whether this means that Albin Kurti can be part of the electoral lists for a seat in Parliament or not. "I will be deprived of the answer because it will be decided at the CEC. We will decide this after we have the list of candidates for deputy and after verifying by the Judicial Council who has convictions and who does not, and only then will we decide. I do not comment on the statements of politicians, of anyone, not only Glauk Konjufca. "Anyway, the CEC will implement the Constitution and the Law on General Elections", said Daka. On the other hand, Zinja Daka stated that the judgment of the Constitutional Court is completely clear and does not need additional clarifications. "For me, the judgment of the Constitutional Court is completely clear to me as a lawyer, the language used in this judgment can be understood even by those who are not lawyers, for me there is no dilemma. Of course the dilemmas of the non-legal community are understandable because they do not have sufficient legal knowledge,

LV ensures that Kurti will run

Former Minister of Foreign Affairs from the ranks of Vetëvendosje Movement, Glauk Konjufca, has indicated that according to him, the head of LV Kurti, has the right to be part of the list of candidates for MP, adding who removes this opportunity constitutes a violation and must be addressed when justice comes to the country. "Whoever goes so far as to touch this universal principle of the Criminal Code, even from the CEC, who says that for the criminal offense the Law on Elections is more important than the Criminal Code, he commits a serious violation. "This violation must be addressed after a few months when justice comes to the country," he said. Meanwhile, the CEC member from the ranks of LV, Sami Kurteshi, has confirmed that the leader of his party, Albin Kurti, will be part of the LVV list in the February 14 elections. "Albin Kurti will run. He is the most voted man in Kosovo. It has had the trust of the citizens. The verdict does not affect Albin Kurti. The list will include people who have received an extremely large number of votes, who are among the most voted people in Kosovo and who enjoy civic trust. "We have no single reason why these are not on the list," he said. On the other hand, LV has made a reaction on its official Facebook page, where it has stated that Kurti is not denied the right to run for MP or the right to be elected Prime Minister. Vetëvendosje has announced that the party's Steering Council will convene soon and Kurti will be nominated as a candidate for prime minister. "We addressed the court about the illegality of the Government and the mandate of Etem Arifi as a prisoner. The court fully confirmed our claims. The Hoti government was illegal. The term of the prisoner was illegal. The chairman of LV is not denied, nor is there any obstacle for him to be a candidate for deputy or prime minister. Very soon the General Council will convene and the candidacy will be announced. "February 14 will be a holiday because on that day the old politics and bad governance ends, the one that the citizens have already decided on begins, and that with a popular referendum", writes LV.