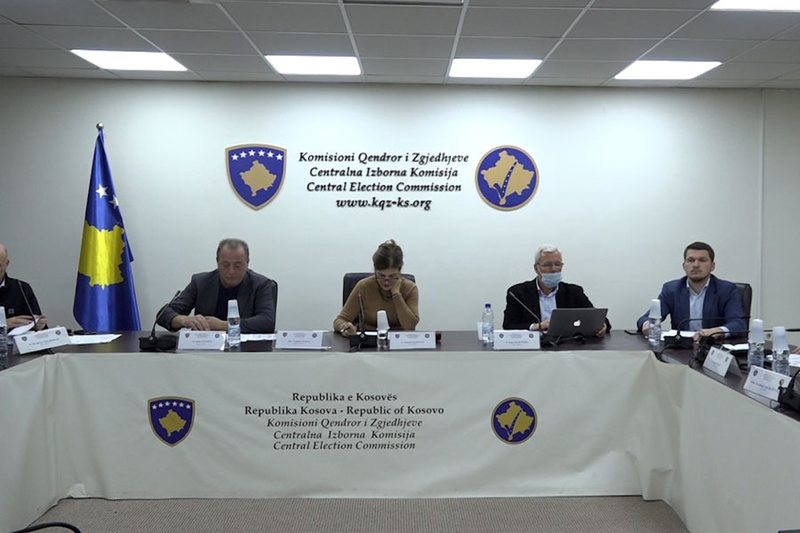 Debates are still deepening6 in Kosovo regarding the list of candidates for MPs. A few days ago the CEC rejected 47 names and asked the parties to reflect by replacing them with unpunished names. Yesterday the Central Election Commission met to decide on the certification of the lists. According to Kosovar media, the CEC has not certified the lists of AKM, Nismë and LVV because there have been candidates that the Kosovo Judicial Council has found to have sentences in the last three years. Mayor Valdete Daka said that LVV has five candidates that it has not replaced in the list. Meanwhile, the lists of political entities LDK, PDK, Serbian List, List "Romani Initiative", JGP, PREBK, SDU, Balliste Party, IRDK, KDTP, PAI, NDS, VAKAT, FJALA and some other parties and other lists have been certified. The LDK list is certified with 10 pro votes. Daka has announced that this party has replaced a candidate who was convicted. The PDK list was also certified with 10 pro votes. The PDK had replaced a convicted candidate. The CEC has also certified the Serbian List 10 votes in favor. Daka has announced that parties that have not been certified with the lists have the right to appeal to the ECAP within 24 hours. The LVV member in the CEC said that the lists of other parties are also paralyzed, but according to him the goal was not to certify the LVV list.

According to "Telegraf", the director of the Office for Registration of Political Parties, Yll Buleshkaj, at the CEC meeting was the first to announce that some parties had not made changes to the lists. "There are some parties that have voluntarily replaced the deputies, LDK, Serb List and some other minorities", said Ylli Buleshkaj. He said that LVV and AAK have not replaced the candidates.

"Out of 47 on the list, only 26 remain," he added. Meanwhile, VV member at the CEC, Samir Kurteshi, has invited his colleagues to vote on the recommendation of the Office for Certification of Candidates. "I did not hear anything that could hinder decision-making. "The Office for Registration and Certification has made a recommendation and we must vote," said Kurteshi.

Mayor Daka has indicated that she has received a response from the KJC where it is clarified that this institution has received data from the Courts throughout the country and that they are verified, while responding to the letter for certification in the package. "We have added the agenda item so that we should have some documents. As for the information of Mr. To Kurtish I sign all the papers and they come to me. "Since doubts were raised about the letter of the KJC, which asked to know whether the letters sent to the candidates for deputies are correct", she said. LVV members at the CEC said that the certification in packages of lists of political parties was recommended by the Office for Registration of Political Parties. LVV member Sami Kurteshi said that they will not leave the meeting without implementing the recommendation of the Office for Registration of Political Parties. The chairwoman of the CEC, on the other hand, said that the Law on Elections should be implemented and according to her, no one can be forced to vote for a list they do not want. "There are entities that have replaced their candidates in the electoral lists. "It is not right now to vote in packages for both those who have been replaced and those who have not been replaced," she said.