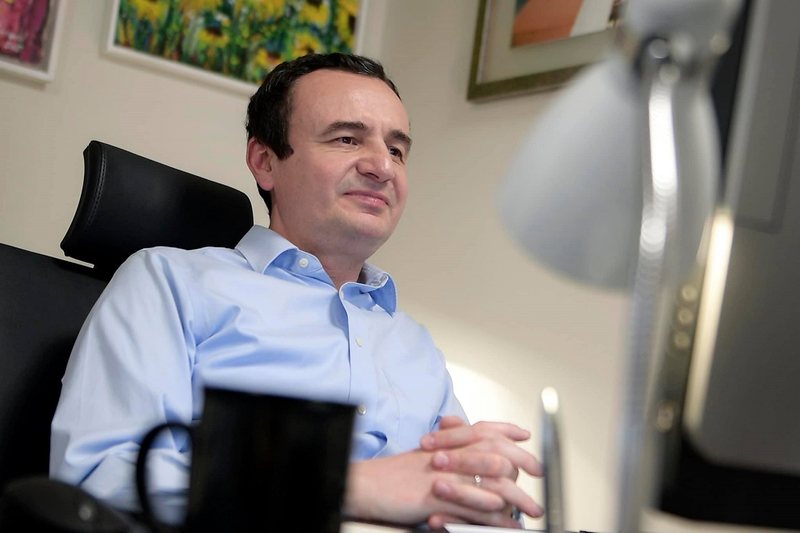 As he had indicated before the general elections of February 14, since the beginning of his term, Prime Minister Albin Kurti is taking important decisions, both for the governance of Kosovo and for the dialogue with Serbia. Prime Minister Kurti has announced that through four separate sessions held with 17 ministers, work has begun over the weekend to draft the Governing Program and Action Plan for the next four years of government. Using his personal Facebook account, Kurti has announced that the governing program will reflect the demands, rights and needs of citizens, for the fulfillment of which he said they will be committed. "The strategic goals, operational objectives and measures to be taken were presented and widely reviewed. Soon,

During the pre-election campaign, the then candidate for Prime Minister Albin Kurti said that one of the first decisions and actions of his future government would be to establish reciprocity with Serbia. Kurti had taken such an action since the Kurti 1 government, when as the country's prime minister he abolished the tariff imposed on Serbian goods and replaced it with the measure of reciprocity between the two countries. After his overthrow, his successor from the LDK, Avdullah Hoti, abolished reciprocity. During the campaign, the leader of the Vetëvendosje Movement indicated that it would be a matter of days or weeks since taking power for the second time, to restore reciprocity. Government spokesman Përparim Kryeziu has stated that reciprocity stems from the right to equality, sovereignty and independence. According to him, The citizens of Kosovo have the right to be protected from the arbitrary conduct of other states. "Reciprocity is a right that stems from equality and sovereignty, ie being independent, in order to protect citizens from arbitrary behavior or violation of rights and dignity by other states," spokesman Kryeziu told Kosovo media. Meanwhile, the international community is seeking to take important steps towards the dialogue process. The European Union envoy for dialogue, Miroslav Lajcak, has stated that it is indeed possible to reach a final agreement between the two countries within a few months, but the precondition for this is undoubtedly the political will of both countries and leaders. of them. "The agreement is technically feasible within a few months, "if both sides love him and have the political will," Lajcak said in an interview with the Serbian news agency Beta. He added that the union member states are waiting for the process to proceed as soon as possible and without delay, and for rapid progress to be made in the negotiations on the comprehensive agreement. In an interview with the Serbian news agency Beta, Lajcak stressed that "Leaders in Pristina and Belgrade must invest political effort and capital, have the political will and courage, and a mandate from the people, which means trust, support and "Understanding for their people on issues on which they negotiate the difficult decisions that are expected to come," said the EU envoy. According to him,