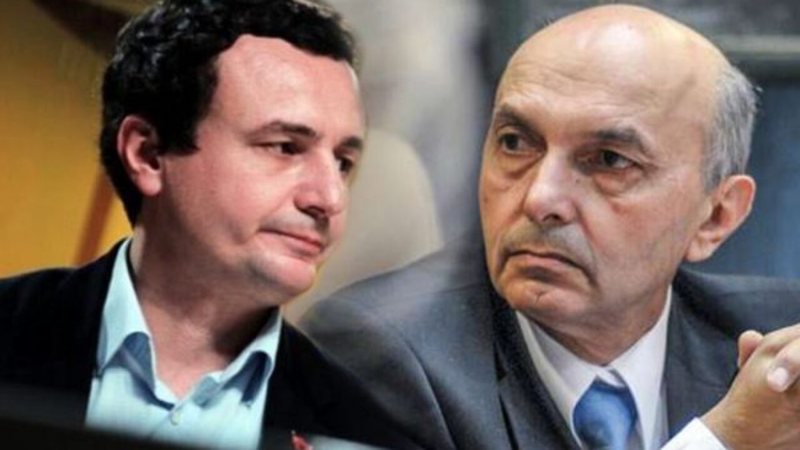 Elections in Kosovo have set in motion political parties and political leaders in the country. Vetëvendosje Movement and its Chairman Albin Kurti held a meeting yesterday, where they talked about the latest developments in Kosovo politics and the dynamics that led to the creation of the situation that early elections became a fact. In order to make public the decision taken by the Constitutional Court, a decision that required the holding of new elections, LV has requested that the date of these elections be set as close as possible. "In this meeting was also talked about the great importance of our diaspora. The state of Kosovo, through the competent institutions, should make the possibility of voting by emigrants living outside the territory of Kosovo as easy as possible, and not make it difficult for them, as it has been done in the past ", it is said in the statement published by this party. This party also informs that they consider the new parliamentary elections as a referendum which will bring change that is so necessary for the country, but also so much demanded by the citizens. Kurti, during his speech said that this year if it was not tragic from the pandemic would be very interesting, while in terms of the election result, the course was expressed euphoric, claiming that 2/3 of the votes will definitely be won by the party his. "They did not want to accept that the change had started and the citizens wanted LV. Every time they place unjust obstacles, which try to stop VV, it only grows. People do not like cheaters and punish them. Let this serve as a lesson, with secret service intrigues there is no progress in politics,

The chairman of the Democratic League of Kosovo, Isa Mustafa, the other potentially winning party in the elections, has reacted to Kurti's statement that LV will receive 2/3 of the citizens' votes in the parliamentary elections. He even said that in this party they do not believe in fairy tales at all, referring to the recent polls that are showing Vetëvendosje as the winner of the elections, calling them commissioned by the latter. "As LDK, I do not believe in fairy tales as much as I do in these polls of Vetëvendosje and commissioned by it. We know well in Kosovo who has what membership, which voters it has. We are also well acquainted with surveys and how they are organized. We will not enter the elections with the complex of polls, but we will enter with the trust we expect from the citizens for our program and for the work done by the Hoti government ", he expressed. The leader of LDK has argued his conviction in victory with the great work that according to him has been done by the government led by Prime Minister Hoti. Mustafa said that in the early elections after the decision of the Constitutional Court, the best will come out. "I think that the overthrow of the Government can not be any reason for the LDK to be harmed in the next elections because the Hoti Government has not violated the Constitution. The government has not committed any violation of the Constitution. The Hoti Government did not elect the deputies of the Assembly of Kosovo. They have been certified by a completely different body, the CEC. "As for the elections, I am very convinced that we will do well," said Mustafa. Regarding the name of the person who will run as Prime Minister in this party, Mustafa said that it has not been discussed by the structures yet,