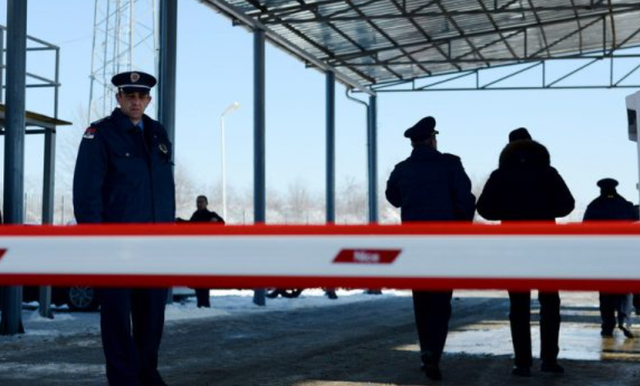 After nine years, Serbia has started to respect and implement the agreement on Joint Border Management which was signed in 2011 when Edita Tahiri was negotiating on behalf of the Kosovo side.

At the time of signing the agreement, the Kosovar side had stated that Serbia had legally recognized Kosovo's independence, while the Serbian side had said that the signing of the IBM agreement did not mean the recognition of Kosovo.

The US government and Trump's envoy to the dialogue, Richard Grenell, have reacted to the start of the implementation of such an agreement by Serbia, who have congratulated the Serbian state since they have already agreed to place customs in the joint building funded by the Union. European at the border point in Merdare which the Serbian side nevertheless refers to as the administrative line.

"Great movement. Thanks go to President Trump. "Serbia makes the crossing in Merdare functional", it is said in Richard Grenell's reaction.

The US Secretary of State's spokeswoman also commented on Serbia's move to move into the European Union-funded building, calling it a good step.

The American ambassador in Belgrade has linked such an action of the Serbian state with the developments and the September 4 agreement in Washington, where the parties have also committed to the creation of MiniSchengen.

While the Kosovo Police has confirmed that they have long been located in the building of the European Union for Joint Border Management.

"Kosovo Police, in this case border officials in time have been placed in the facility in question and are carrying out their duties according to legal authorizations and competencies," said the Information Office of the Kosovo Police.

The cornerstone of this border point was laid in February 2017, while Serbia had consistently refused to be placed in the joint building.

The Agreement on Joint Border Management was signed in Brussels between Kosovo and Serbia, when the negotiations from the Kosovo side were led by Edita Tahiri, while on the other side was Borko Stefanovic.