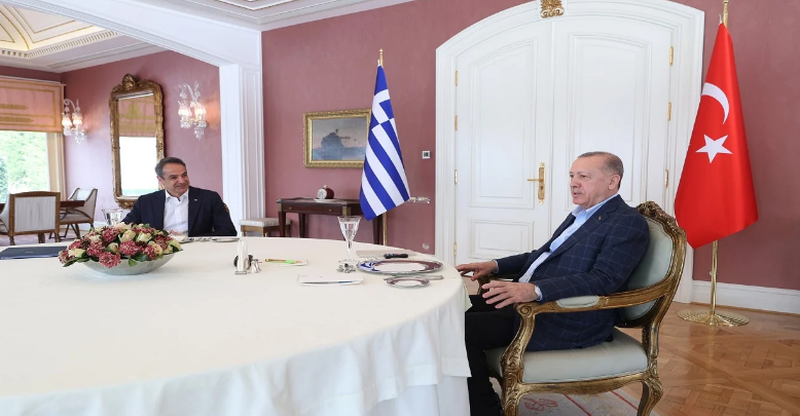 With a personal attack on Kyriakos Mitsotakis and as described by the Greek media, visibly irritated by the results of the Greek Prime Minister's visit to the US, Recep Tayyip Erdogan has passed to the highest level of rhetoric in Greek-Turkish relations, severing any contact between two countries.

"From now on, Mitsotakis no longer exists for me. I refuse to meet him. Because we move forward with politicians with personalities and dignity who keep their word. We had agreed not to include third parties in our disputes. "Nevertheless, during a visit to the United States last week, he spoke in Congress and warned them not to give us the F-16," he said in a speech after the cabinet meeting.

Erdogan has also expressed his concern about the presence of at least 10 US bases in Greece, not understanding the reason for their existence at a time when the country owes money to EU countries. 400 billion euros.

Commenting on this stance, which he called extreme by President Erdogan, government spokesman George Oikonomou stressed that Greece is not entering into a game of statements with the Turkish leadership.

According to government circles, a "hot" summer like the one two years ago between Athens and Ankara is not ruled out again, as the good climate from the meeting in Istanbul two months ago is a thing of the past.

Meanwhile, there is a large increase in the flow of migrants from the Turkish coast to the Greek islands, as well as from the land borders between the two countries.

With this atmosphere created, it is estimated that there is no question of the planned meeting between Mitsotakis and Erdogan at the NATO Summit in Madrid to be held at the end of June, and moreover the work of the High Council of Greek-Turkish cooperation in the autumn in Athens.