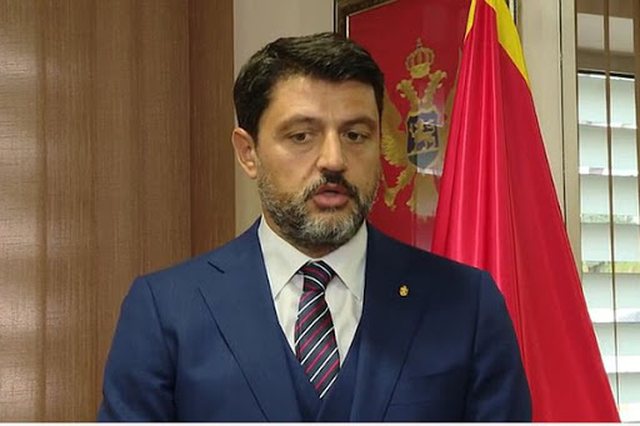 The foreign ministry of the small Balkan nation cited "long and continuous interference in Montenegro's internal affairs" as the reason for the action and urged Serbian Ambassador Vladimir Bozovic to leave the country.

There was no immediate reaction from Serbia, but the move is likely to add to already strained relations between the two Balkan states that were part of a common country ahead of a 2006 independence referendum, which led to Montenegro's secession from Serbian state, write the international media.

Montenegro remains deeply divided between those seeking closer ties with its traditional Slavic allies, Serbia and Russia, and those who see Montenegro as an independent, allied state with the West.

The long-ruling pro-Western Democratic Party of Socialists was defeated in the August elections by a pro-Serb coalition whose government is set to vote in a parliamentary session next week. The DPS-led government challenged Serbia and Russia to join NATO in 2017.

The outgoing government has accused Serbia of aiding pro-Serbian political forces in Montenegro with the aim of installing ruling allies and regaining political influence in the Montenegrin state.

The Foreign Ministry statement stated that Ambassador Bozovic "did not directly respect" Montenegro, describing a 1918 decision to join a Serbian-dominated kingdom as an act of "liberation" and "free will". by the Montenegrin people. The Montenegrin parliament declared the secular decision in 2018 invalid, saying the decision had earlier removed Montenegro's sovereignty.

Albi Nako offended her in the middle of the show, the contestant surprises everyone with her reaction: We have known each other for 20 years! Everything was ...

Albi Nako's comment to the 40-year-old competitor in the show "Just Dance" has b...

Shqipja published photos that the competitor and Tea were leaving together from a hotel, Bearti shows Andi the image he would not like: In front of the camera as a man, outside the camera as ...

The former competitor of Perputhen Bearti returned to the stage after the phot...