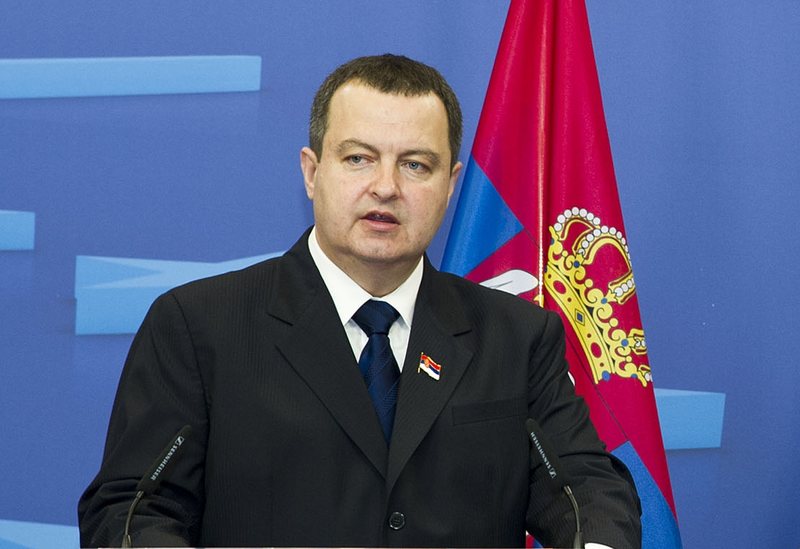 After the constitution of all institutions in Kosovo, a process that ended with the election of President Vjosa Osmani, the topic of dialogue between Kosovo and Serbia has prompted officials from the European Union and the United States, in an effort to push the process forward. Yesterday, the European Commissioner for Enlargement and Neighborhood, Oliver Varhelyi sent a congratulatory letter to the new Prime Minister of Kosovo, Albin Kurti regarding his position at the head of the government. "In the February elections, the people of Kosovo gave them a strong mandate for reforms to strengthen the rule of law and to promote socio-economic development, as well as the orientation towards a greener economy. "The European Union is ready to support you in this regard," Varhelyi wrote in a letter to Kurti.

Ivica Dacic, Speaker of the Serbian Parliament stated yesterday that reaching a compromise on the issue of Kosovo is the most important absolute and state priority of Serbia. The head of the Assembly made statements that contradict those of President Aleksandar Vucic. The Serbian president, at the time when Joe Biden was elected the new president of the United States, said that difficult times will come for Serbia, given the fact that Biden is known as a friend of Kosovo. On the other hand, Dacic has praised the US as an irreplaceable partner. "We had an uninterrupted and very dynamic diplomacy, which culminated in early September last year with the meeting of President Vucic and President Trump at the White House, when an important agreement was reached on Kosovo and Metohija. but also other important issues ", said Dacic. He said that the change of administration and the arrival of President Biden, for Serbia means only the continuation of continuous work and partnership to find a compromise on the issue of Kosovo, as the highest priority. We know that we have sincere partners with President Biden, US Secretary of State Blinken and all their associates, and their good energy in resolving the Kosovo and Metohija issues, as well as issues. other important issues of common interest, through continuous communication and trust ", stressed Dacic. Meanwhile, a few days ago, the spokesperson of Vetëvendosje Movement, Përparim Kryeziu stated that reciprocity stems from the right to equality, sovereignty and independence. According to him, the citizens of Kosovo have the right to be protected from the arbitrary behavior of other states. "Reciprocity is a right that stems from equality and sovereignty, ie being independent, in order to protect citizens from arbitrary behavior or violation of rights and dignity by other states," spokesman Kryeziu told Kosovo media. Yesterday, Mr. Kryeziu announced that no date has been set yet for establishing reciprocity with Serbia. He said that reciprocity is a principled attitude and their attitude is known today and has been known in the past. "We are interested in equal treatment. "I think no one should feel threatened by the establishment of reciprocity," he said. Kryeziu said that there is no set date for establishing reciprocity,