Russian influence is causing tension, the German project to ensure long-term peace in the Balkans, this is what Berlin is preparing for Albania and Macedonia 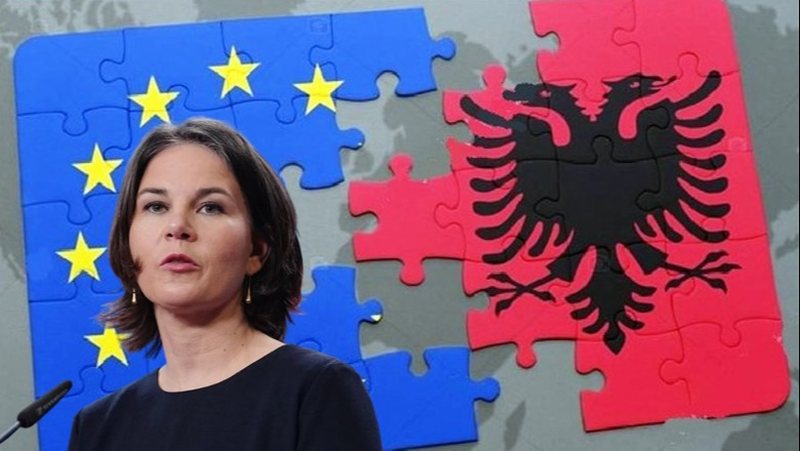 Germany is focused on supporting European Union enlargement in the Western Balkans. The halt to EU enlargement, especially in the Western Balkans, has left room for increased influence from Russia and China, but the Germans will establish lasting peace. The first signal from Berlin has come to Albania and Northern Macedonia, urgently requesting the opening of negotiations. Germany has warned that these two countries will soon receive the green light. The closest time is June. The European Union Foreign Ministers met yesterday in an informal meeting in Brussels. The purpose of the meeting was to develop a strategic debate on the Western Balkans, on the new challenges created by the Russian aggression against Ukraine. The ministers of the Western Balkan countries were also present at the meeting. The document prepared for yesterday's discussions states that Russia's aggression has created significant changes in geo-political alignments. "More than ever, the Western Balkans are expected to be committed to European values ??as future member states. "The EU must line up with its partners to uphold common values ??and key international norms, and to condemn Russian aggression in Ukraine as a grave violation of international law and a threat to global peace and security," the statement said. . German Foreign Minister Annalena Baerbock in a statement to the media, said strongly that negotiations should be opened between Albania and Northern Macedonia, so that the first intergovernmental roundtable should begin, which is hindered by the Bulgarian veto on RMV. On the other hand, "Especially in these times, support for the Western Balkan countries on their path to the EU is a key security and geopolitical issue," Baerbock said, referring to the war in Ukraine. "We must keep our promises and start the delayed membership negotiations with Albania and Northern Macedonia," said the German minister.

The Balkans in tension

On the other hand, many politicians in Berlin are of the opinion that the enlargement process should be accelerated. Many observers see a great danger that the Balkans will turn their eyes away. Another reason that makes the opening of negotiations with Albania and Northern Macedonia very necessary, is the positive effect they can have on the Serbia-Kosovo dialogue. The European Union also made it clear that there will be no separation of Albania from Northern Macedonia. The statement by Ana Pisonero, spokeswoman for EU enlargement, came after Prime Minister Rama's response that if the First Intergovernmental Conference remains stalled, it will demand secession from northern Macedonia and the opening of negotiations immediately, given that the conditions are completed. Pisonero added that, The European Council decided in March 2020 to open accession negotiations with Albania and northern Macedonia, as both countries had completed their deserved tasks. The EU spokeswoman also has a message for Bulgaria and Northern Macedonia. She says the union encourages both sides to find a mutually acceptable solution to the outstanding issues. Senior EU officials have outlined that both countries have met the conditions for holding the First Intergovernmental Conference, but the Bulgarian veto on the MV remains penal. The war in Ukraine is a wake-up call and a reminder of the importance of the European Project for Peace, Stability and Prosperity. The halt to EU enlargement, especially in the Western Balkans, has left room for increased influence from Russia and China. two countries that are more than ready to fill the vacuum left by the EU. There is a danger that Putin's nihilistic regime may act opportunistically by destabilizing Bosnia and Herzegovina, Moldova, Montenegro and Kosovo in order to divert focus from the ongoing war of aggression in Ukraine.