"We could not do anything without you", Vucic 'turns his back' on Putin / EU President: Serbia is not only a partner, but also a friend 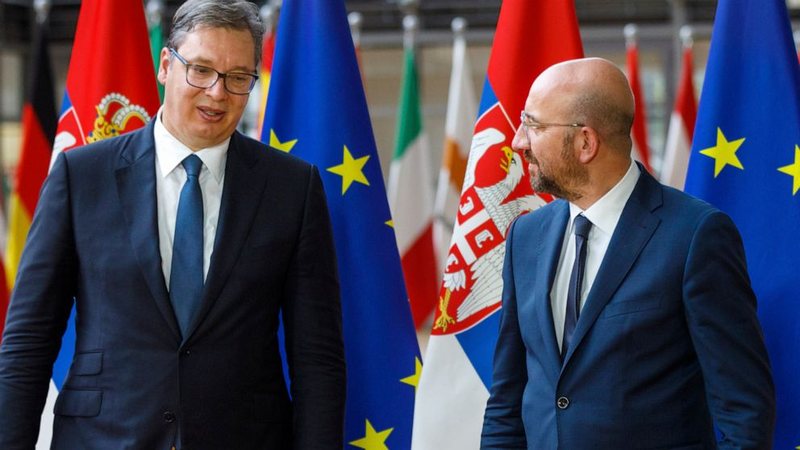 The President of Serbia, Aleksandar Vuçi., Was surprised by the statement where he said that it could not be done without the support of the European Union, Serbia would have "no chance".

He said Serbia would invest even more money in projects.

He said Serbia and the EU have a common future.

"You are not just a partner, you are a friend. I am here not only to visit Serbian companies, but also because these Serbian companies are part of our common future. "We want to use today's challenges, digital transformation and climate change, as opportunities to support further economic development."

He said that Serbia's process of membership in the European Union is of crucial importance for the common future of the two sides.

Ahead of a meeting with Serbian President Aleksandar Vucic, Michel said he was confident he would take steps in the right direction today.