Osmani: Serbia caused the crisis to avoid discussing the final agreement with Kosovo 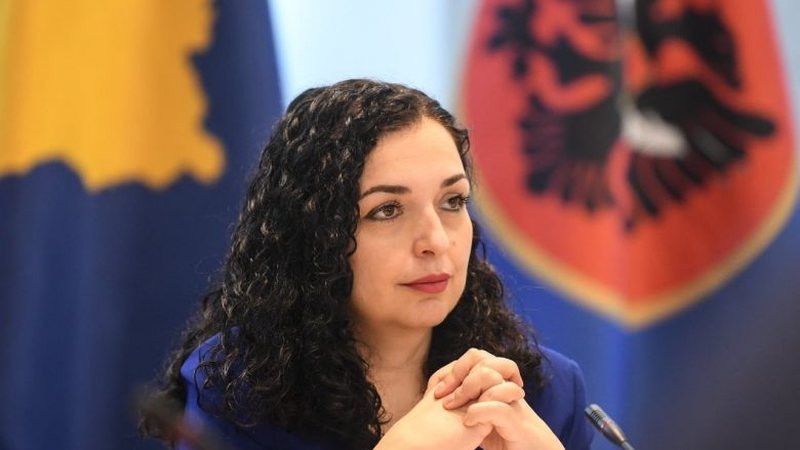 The President of Kosovo, Vjosa Osmani, accused Serbia yesterday of having "caused a crisis" in the past weeks so that the two sides could not discuss the "final agreement". In Sofia, where he met with the president of Bulgaria, Rumen Radev, Osmani estimated that it is time for the EU, as mediator of the Belgrade-Pristina dialogue, to understand that Serbia has used obstructionist tactics. She revealed that Serbia is trying to block Kosovo's perspective in the region and at the international level. "Of course, it is in our interest that this dialogue be concluded with a legally binding agreement, and we must understand that the other side is not interested in this process ending successfully," said the president of Kosovo. She estimated that Serbia "started to produce crises" when, according to her, the EU, with the support of the USA, France and Germany, made the proposal for the settlement of disputes "between the two countries". The announcement also states that Bulgaria has expressed its readiness to support Kosovo in dealing with the energy crisis. Kosovo and Serbia, two Balkan countries that fought a bloody war in the 1990s and have lived in a difficult coexistence ever since, are at odds again, this time over Kosovo's moves to force out ethnic Serbs living in its northern regions. to get license plates, issued by the Kosovar authorities. After the war in Ukraine, the newspaper "Sot" has reported many times that Putin is seeking to use the Balkans to cause tension and destabilization. For more than two decades, Kosovo has been an issue that has clashed the West and Russia. During the 90s,

The EU has never been clearer than this: If it does not accept the Kosovo agreement, Serbia will not be an island, but "Iran in Europe"

Kurti for REL: I was not invited to the American embassy meeting for the association

Germany shocks Vu?i?'s positions, warns that Belgrade will lose billions of euros if it does not accept the Franco-German plan, the US-EU plan on how Serbia will be completely isolated becomes clear

Serbian media: EU is the weakest link in the plan for Kosovo, this is how Europe's trick with the stick and the carrot was revealed and why Belgrade has no benefit from the agreement with Pristina